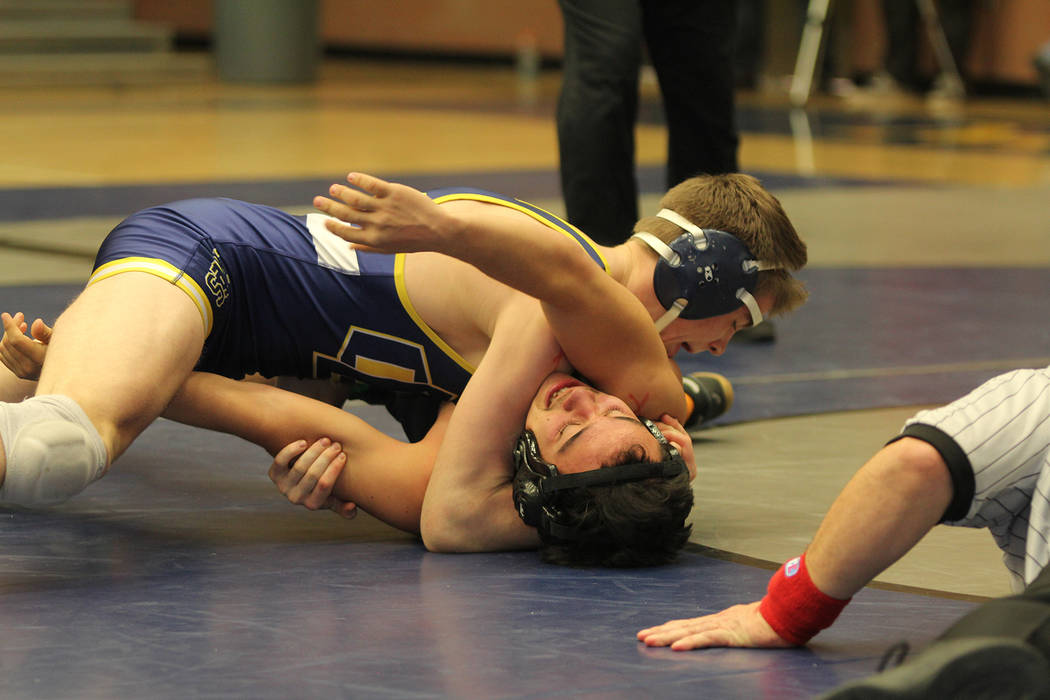 (Rich Viera) Boulder City High School junior Ladd Cox won first place in the 152-pound division by decision and will compete in the state championships Friday and Saturday, Feb. 8 and 9, 2019, in Northern Nevada.

“It feels great to win regionals the last three years in a row and hopefully the team can keep it going next year,” said senior Jimmy Dunagan, who competes in the 195-pound division. “I’m glad we got redemption against Virgin Valley. Our guys really put in extra during the weeks leading up to regionals to go do what we did.”

Avenging a late-season loss to rival Virgin Valley, the Eagles edged past the Bulldogs (204) with a team score of 213 points. Western (150) finished third.

“I’m really proud of how the boys wrestled,” head coach Jim Cox said. “I’m very thankful to coach a great group of young men. I’m grateful that I get one more week with them and the chance to go to Winnemucca for state.”

Dunagan won by pin, while Vanario and Ladd Cox won by decision.

Trailing Virgin Valley, which crowned four division champions early in the meet, senior Thorsten Balmer (182) and junior Cade Cowley (170) put the Eagles over the top with a pair of second-place finishes.

“Our team has been working hard all season so it was way fun to come out on top and see all of our hard work paying off,” Ladd Cox said.

Moore and Fradella each finished in third place at regionals.

The Eagles will compete at Winnemucca Events Center starting Friday, Feb. 8, for the 3A state championship.