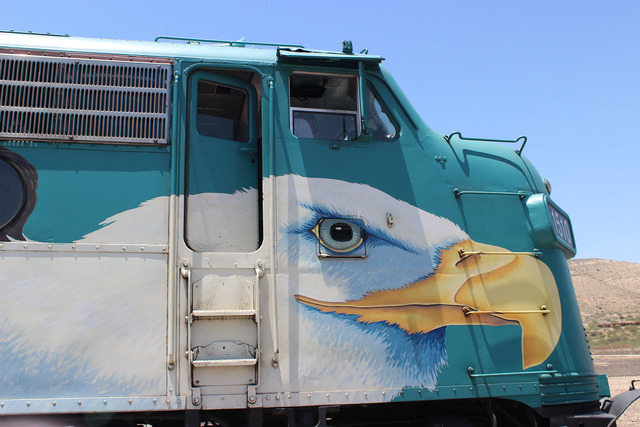 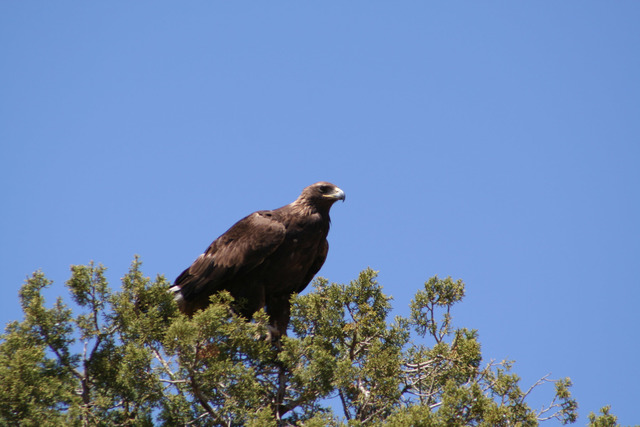 Photo courtesy Deborah Wall Each winter, from December to May, migrating golden and bald eagles make their home in Verde Canyon, a protected breeding area.

Many Americans will never experience the thrill of seeing an eagle in the wild. But you needn’t be among those so deprived because these majestic birds gather every winter in Arizona’s Verde Canyon. And it’s easy to see them from the Verde Canyon Railroad, an agreeable experience in its own right.

Every year from December to May, golden and bald eagles winter in the mild climate there, nesting in century-old cottonwood trees and on the cliffs in Verde Canyon. Because the area is now protected as a breeding ground, the great birds are less wary of humans than they otherwise might be, and it’s possible to see them at reasonably close range.

Besides eagles, passengers have the chance of spotting other birds of prey, and much other iconic Western wildlife. Javelinas, antelope, mule deer, beavers, mountain lions and the endangered river otter all make homes in Verde Canyon. Amid the striking natural scenery of the Verde River’s riparian habitat, you will also see a couple of pueblo dwellings left by the prehistoric Sinagua people. The leisurely paced excursions take about four hours.

Pulling each train is an FP7 locomotive, a popular diesel engine first manufactured during the golden age of train travel in the 1940s. Passengers may book reservations in first-class cars with living-room seating, or in Pullman coach cars. Small groups may reserve the caboose. For a romantic ride, book for the Chocolate Lovers’ Valentine’s Celebration, which runs Feb. 11, 12 and 14. Book reservations or get further information at http://verdecanyonrr.com or 800-582-7245.

The restored railroad is a relic of a copper boom in the early 20th century, and its original purpose was transporting ore to a smelter at Perkinsville. Today the ghost town of Perkinsville marks one end of a 20-mile journey through the canyon.

Trains embark from Clarkdale, a planned community originally built to house workers and provide services for the mines at nearby Jerome. Clarkdale should be especially interesting to Las Vegans because it was founded in 1912 by William Andrews Clark, a Montana senator and copper baron who had founded Las Vegas just seven years earlier. Now protected as a National Historic Landmark, the picturesque village suggests what Las Vegas must have been like before the successive booms brought by the Hoover Dam, World War II training and industry, and legal gaming.

During the copper boom, Jerome became one of the largest cities in Arizona, its population reaching 15,000 people. Clinging to its improbable location atop a steep mountain, Jerome has reinvented itself as a habitat of art galleries, lively bars and quirky gift shops. It’s easy to include Jerome on the same trip; it lies only 6 miles from Clarkdale.

For that matter, the celebrated resort Sedona lies only 22 miles to the north, little more than a half-hour’s drive. Also in Clarkdale’s immediate vicinity are the prehistoric ruins of Tuzigoot National Park and Dead Horse Ranch State Park, where birdwatchers have identified more than 100 different species of feathered residents and visitors. Montezuma’s Castle National Monument, incorporating one of the best-preserved cliff dwellings of the Southwest, is nearly as close.

From Boulder City take U.S. Highway 93 south 80 miles to Kingman, Arizona. Merge onto Interstate 40 east and drive 96 miles to exit 146, Arizona State Route 89 south. Drive 43 miles and go left on 89-A for 31 miles. This takes you over Mingus Mountain Scenic Road and through Jerome. Continue on Arizona State Route 260 into Clarkdale and turn slight left onto North Broadway Street, continue to the Verde Canyon Railroad Depot.