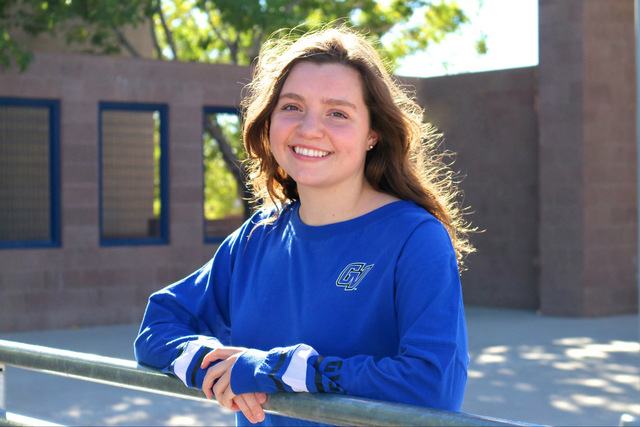 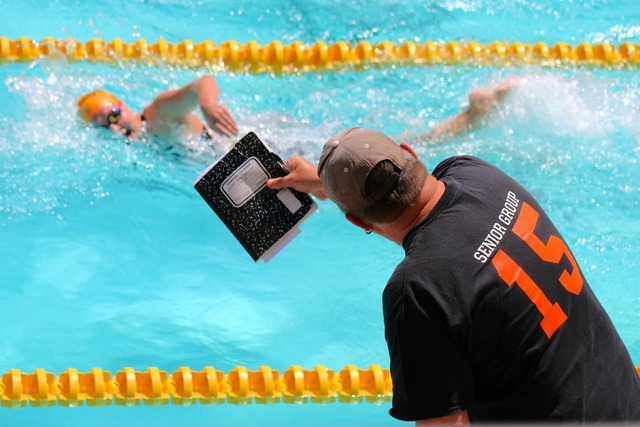 Boulder City High School senior Abby Sauerbrei has been swimming since she was 6 years old, and on Nov. 16, after more than a decade in the water, her dedication paid off when she accepted a scholarship and signed her national letter of intent to attend Grand Valley State University in Allendale, Michigan, near Grand Rapids.

For the past two years, Sauerbrei has been swimming for the Desert Storm swim team in Las Vegas and her coach Bill Carroll expects her to carry her success into college.

“Abby is really talented and a natural swimmer,” Carroll said. “She’s so versatile that she can handle any distance well and she’s just very dedicated, quick to do whatever is asked of her. I think her school is a great fit for her and she will be a huge asset to her new team.”

Sauerbrei’s first sport was actually gymnastics, but she was always around the pool, as her older brother Sam was a swimmer and her mother coached the team. Before long she found herself in the water and took to it like a fish.

She enjoyed being around her family, practicing with her brother and learning from her mom. According to Abby Sauerbrei, family made it easy to stick with the sport she grew to love.

Yet even when you love what you do, there’s no guarantee everything will come easy, and for Sauerbrei the journey wasn’t without tribulation.

For 10 years she swam with the Boulder City-Henderson Heatwave, a year-round competitive team, and added the Boulder City High School swim team to her schedule when she was a freshman. However, despite her efforts and experience, after her sophomore year she felt like she hit a rut.

After speaking with former teammates Sauerbrei made the switch, transferring from the Heatwave to the Desert Storm and hasn’t looked back. Her new team pushed her in new ways and challenged her to try new things.

“I think she may have been pigeonholed as purely a long-distance swimmer before,” Carroll said. “But when she came here we had her try different distances and expand her training. She’s put in a ton of work and she has really excelled.”

Before the switch she was a talented distance swimmer but after the move she began working in shorter distances as well. The extra work led to her to new heights as she earned her first trip to the National Club Swimming Association Junior Nationals tournament in March.

Her biggest success followed shortly thereafter in the Nevada State Championships when she put forth the performance of her life in one of the shorter-distance races. Not only did Sauerbrei finish in third place in the 200-meter individual medley, she cut five seconds off her previous best and took home first place in the 100-yard butterfly.

“I’m the most proud of what I’ve been able to do since joining the Desert Storm,” she said. “I wasn’t satisfied with how things were going and I knew I needed to make a change.”

Sauerbrei is not the only person that is proud of what she has accomplished.

“Parents probably don’t say it enough, but I am so proud of the smart, competitive … but still sweet and modest young woman that we have raised,” said Trisha Sauerbrei, Abby’s mother. “Her dedication has just been incredible, to make the sacrifices she’s made and devote so much of yourself to one goal, it’s really amazing.”

Abby Sauerbrei may not know yet what she wants to do with her life after college, but while she’s there, she knows she’ll be swimming.