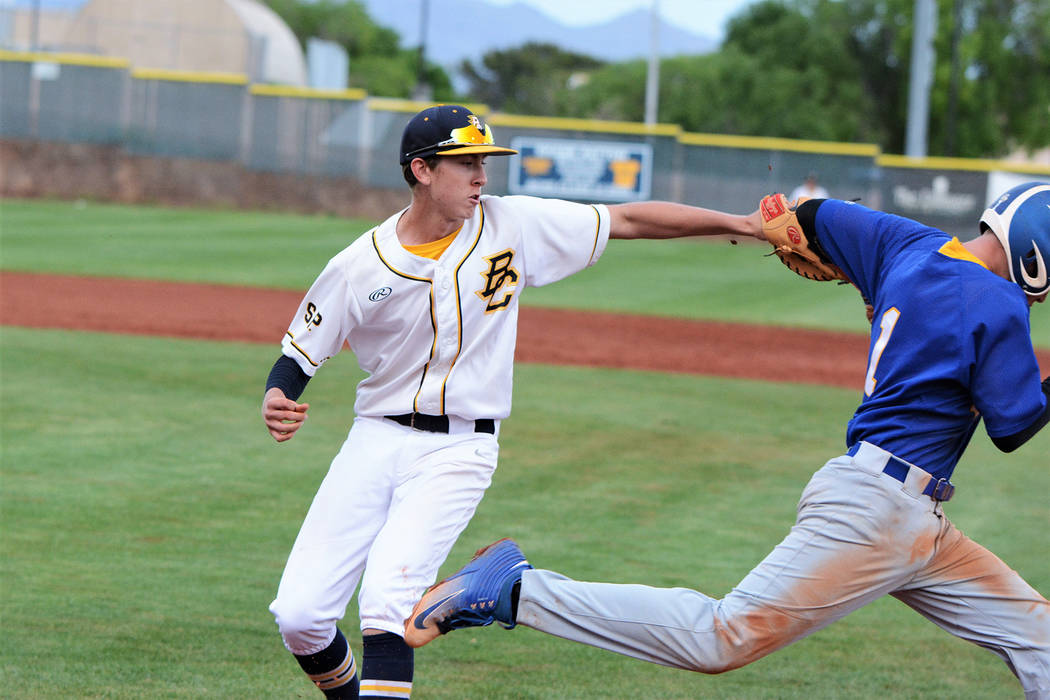 Battling wet field conditions, the Pirates jumped out to a 5-0 lead entering the fourth inning off of a pair of errors before the Eagles’ bats came alive.

Going back-and-forth throughout the later innings, the Eagles scored two runs in the fourth inning and three runs in the sixth inning but were unable to hold off Moapa Valley’s consistent offensive attack.

Finishing their three-game slate with a 2-2 record, the Eagles defeated Sunrise Mountain 16-3 on April 25 and Coronado 14-1 on Friday, April 26.

On the mound, senior Brian Miller picked up the win, throwing a complete five innings. He struck out six batters.

Thorpe picked up the victory after throwing an inning of relief.

Preparing for the playoffs as the 3A Sunrise No. 2 seed, the Eagles concluded their regular season Wednesday, May 1, against rival Virgin Valley. Results from their outing against the Bulldogs will appear in next week’s issue.