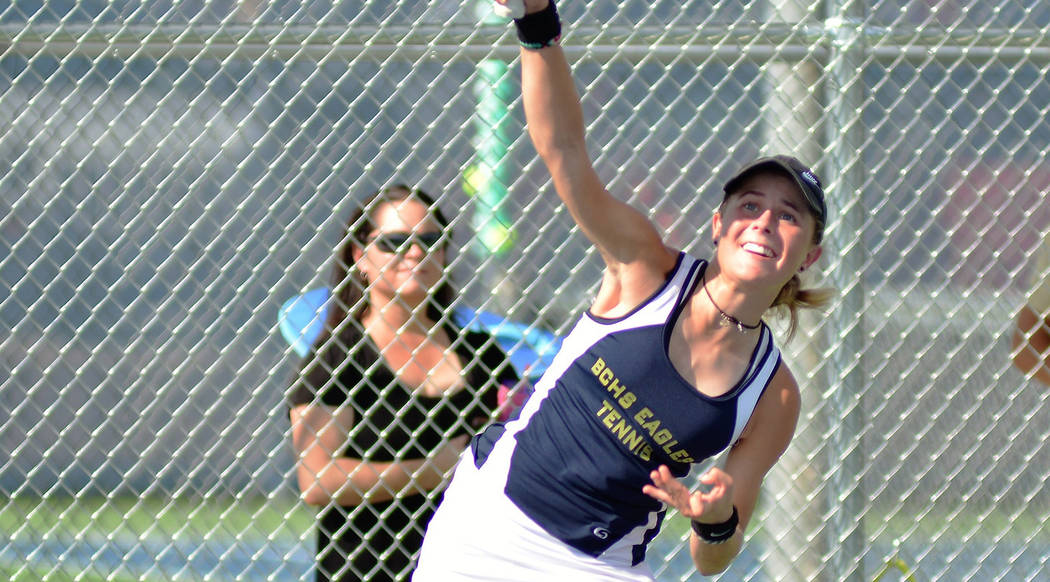 Boulder City High School junior Olivia Mikkelson, seen competing in August against The Meadows, was named to the Nevada all-state first team after winning the individual 3A title and being named the 3A Southern Region player of the year. 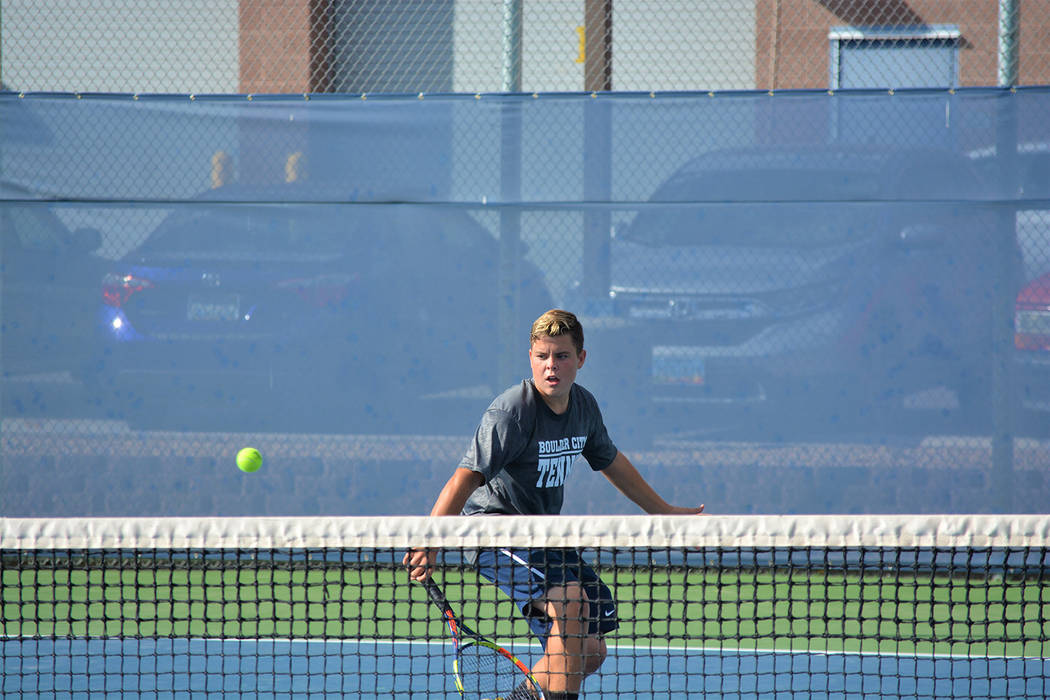 Boulder City High School junior Connor Mikkelson, seen at the 3A Southern Region tournament in October, was named to the Nevada all-state's first team for tennis.

Helping bring Boulder City High School tennis to prominence, twins Olivia and Connor Mikkelson were both named to the Nevada first-team all-state for their efforts this season.

Helping guide the Lady Eagles back to the state championship, Olivia Mikkelson was one of 10 players selected to the first team and one of only two 3A players, sharing the honor with The Meadows’ Lindsey Hofflander.

Defeating Hofflander 4-6, 6-1, 7-5 in the 3A individual singles championship, Olivia Mikkelson was named the 3A Southern Region player of the year.

“It is definitely an honor,” she said. “I worked really hard this season to get to this point and I’m glad it paid off. I see all of the top 4A players at tournaments and we all know each other pretty well and respect one another. It’s for sure a cool experience to be able to be recognized alongside fellow competitors whom I know and also consider my friends.”

Connor Mikkelson was also one of 10 players selected to the first-team, joining 3A single competitor Rua Elmore from Western.

“It’s very cool to be able to be a part of the first team all-state,” Connor Mikkelson said. “I was motivated to improve upon my results from last year and did so successfully this year.

Helping guide the boys to their second consecutive team state title, Connor Mikkelson finished as the individual singles runner-up, falling to Elmore 6-3, 6-4 in the state final.

Getting snubbed from first-team consideration, 3A doubles state championship Boen Huxford and Preston Jorgensen were placed on the second team after finishing the year undefeated.

“I’m a little disappointed with the voting process,” boys head coach Rachelle Huxford said. “I feel like the 3A severely gets unrecognized when we have good players, too. We tried to schedule more 4A opponents and the ones who did play us, Preston and Boen were undefeated against them. Regardless of classification, I don’t find it fair for the individual doubles state champions to be placed on the second team.”

Joining Boen Huxford and Jorgensen on the second team was the double pairing of senior Karson Bailey and junior Ty Pendleton, who placed second in individual doubles.