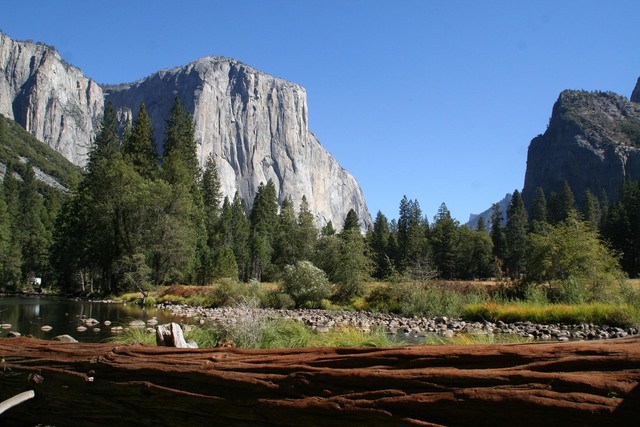 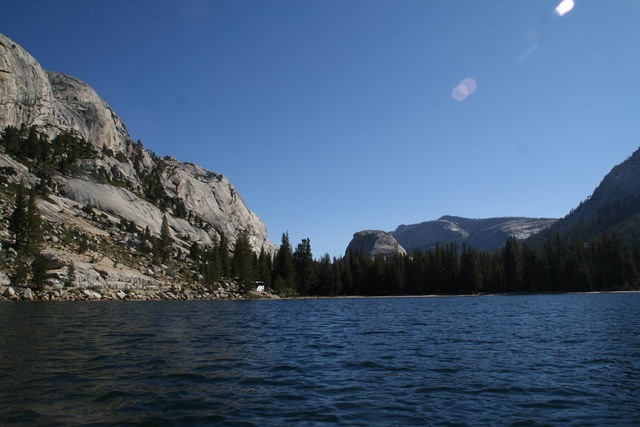 Yosemite National Park is one of those places everyone should see at least once in his or her lifetime, and the next two months are ideal times to go. By happy coincidence, it is easiest to go there during the very months when Southern Nevadans most need to escape the heat.

The quickest and most scenic route is by the east entrance, Tioga Road (California State Route 120.) Best known as Tioga Pass, this road is only open from about June to November, depending on snow. It leaves from the town of Lee Vining, California, and climbs over the Sierra Nevada, reaching an elevation of 9,945 feet. It’s a scenic adventure in its own right.

From Lee Vining, count on it taking at least 2½ hours to reach the most popular location in the park, Yosemite Valley. It might be wise to pack a lunch, for most people will take much longer to get there because there is so much to see and so many desirable places to stop. You will see lakes, meadows, granite domes and scenic overlooks, all pretty irresistible.

Yosemite encompasses nearly 1,200 square miles with elevations that range from 2,000-13,000 feet. The area’s scenic beauty was recognized almost as quickly as settlers saw it, so the area first received protection in 1864 and became a national park in 1890.

Once in Yosemite Valley, you will encounter sights such as the striking rock formations Half Dome and El Capitan, and Yosemite and Bridalveil falls. Most may seem familiar to you because the photos of them taken by Ansel Adams are some of the world’s most famous images, yet even those masterful photos do not hold a candle to seeing the real thing. Yosemite Valley is also the site of the main visitor center, along with a post office, market and medical clinic.

More than 750 miles of hiking trails are found in the park, something for every age and ability. A couple of easy ones, yet must-dos, are Bridalveil Falls and lower Yosemite Falls. They are popular trails so be sure to set out as early in the day as possible. You can also take guided hikes, take in a ranger program, go birding or even ride a horse or mule. They also rent bikes in the valley and there are 12 miles of mostly flat, paved trails to ride.

In Yosemite Valley, at an elevation of about 4,000 feet, you can expect August daily high temperatures in the high 80s and minimum lows in the mid-50s. September temperatures average a maximum of 82 degrees with minimum lows of 51. If you wait until October to visit, look for temperatures in the low 70s during the day and low 40s at night. Mid-October is also when the leaves are changing on trees such as big-leaf maples, black oaks and Pacific dogwoods.

There is a variety of lodging and campgrounds in the park; www.yosemitepark.com has a list. Some campgrounds are open year-round while others close in September.

Also, if you have the time, Lee Vining is a pleasant mountain community where you can spend one night going or coming, and see nearby Mono Lake, famed for the curious towers of soft stone that seem to grow from its surface.