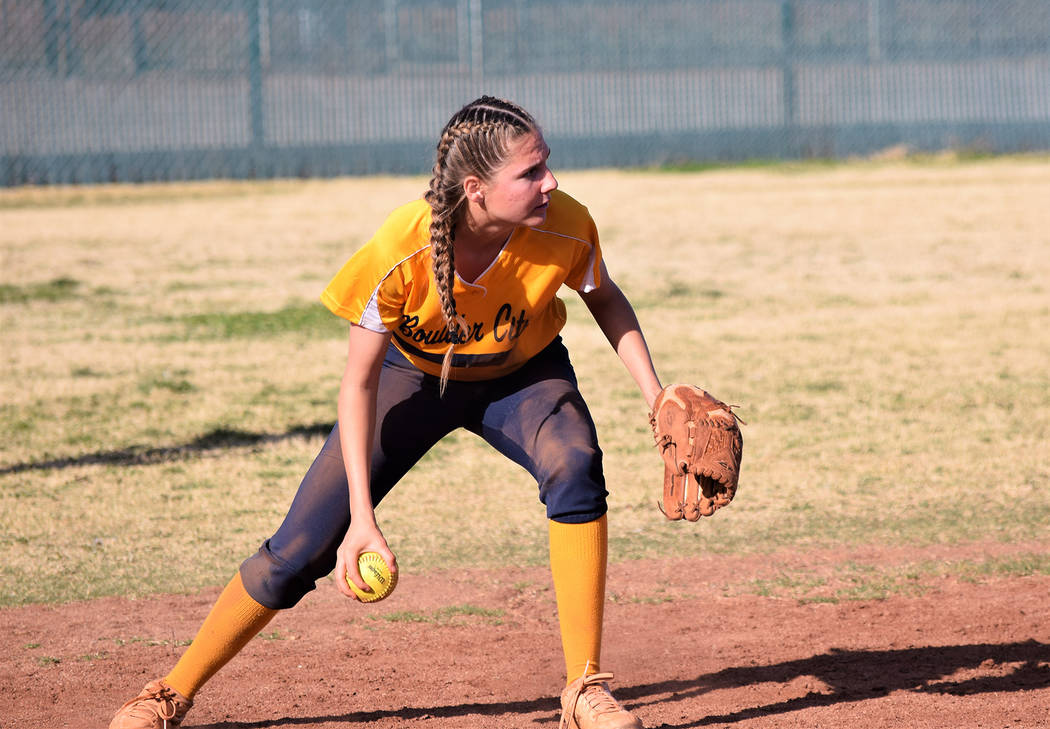 Expectations are lofty for Boulder City High School’s softball team, which is coming off a 3A state tournament appearance last season, despite several key losses from a loaded senior class.

Needing to replace 162 runs from last season’s graduates, seniors Ryann Reese and Marleena Mills will be the key catalysts for the Lady Eagles’ offense, hoping to make an impact at the plate and on their younger teammates.

Featuring five freshman and three sophomores on the roster, the team’s core will be young and untested, but Reese remains confident that this year, like years past, the Lady Eagles will get the job done.

“As returners, Marleena and I just need to take the freshmen under our wings and teach them all they need to know,” she said. “I’m not worried about them at all.”

Giunta should see a larger role on the mound this season, as former workhorse Bailey Bennett-Jordan graduated. Throwing 41 innings last season, Giunta compiled a 3-3 record with a 7.34 ERA and 19 strikeouts.

“There are some big shoes to fill from Bailey for sure, but our pitchers have been putting in the time to make it happen,” Moorhead said. “We are excited for them and ready to see their hard work pay off.”

Freshman Alyssa Bryant is expected to see time in the circle this season, with sophomore Rachel Krumm.

“Our pitchers are already pretty strong,” Reese said. “I feel after each scrimmage and practice they are just getting better and better. I’m very proud of them and the work they are putting in after practice for this team.”

Looking to be tested early and often, the Lady Eagles start play today, March 7, with a double-header in the Colorado River Invitational against Chino Valley (Arizona) and Palo Verde Valley (California). Traveling to Needles, California, the Lady Eagles will play host Needles on Friday, March 8, before traveling to Pahrump Valley on Monday, March 11.