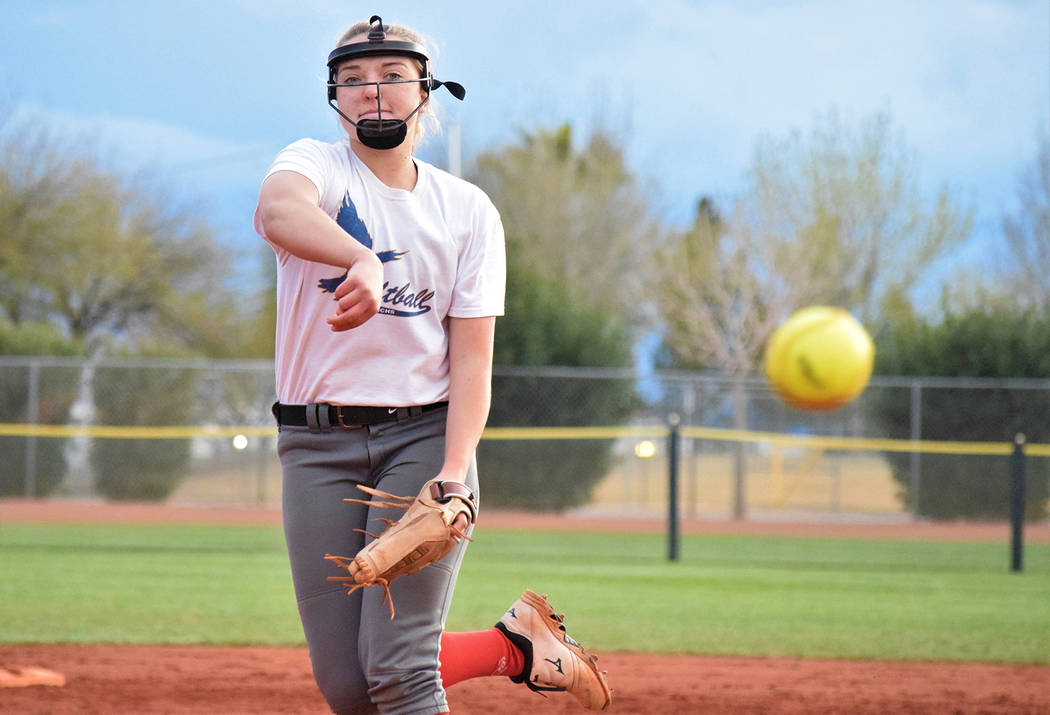 Returning eight starters from a year ago, including six seniors, Boulder City High School softball coach Angelica Moorhead hasn’t shied away from the fact that this is the season the Lady Eagles need to finally put it all together.

Hanging their last 3A state championship banner in 2010, the Lady Eagles have won seven consecutive league titles since, each season entering as a presumed favorite to take state. With the classification’s best pitcher and enough offensive firepower returning, Moorhead expressed the sense of urgency that hangs over the program.

“It’s an honor to be highlighted as an individual, but I want more,” Bennett-Jordan said. “I want to be a state champion, hang a banner, experience that with my teammates. We have a great team, and I’m hopeful we can pull it out this season.”

Establishing herself as a workhorse, Bennett-Jordan pitched all but 19 innings last season for the Lady Eagles, compiling a 18-9 record with 240 strikeouts and a 1.33 earned run average.

She was far from the lone contributor on offense. The Lady Eagles scored 243 runs last season, and six starters batted over .400.

“Offensively, we have a lot of great hitters,” Moorhead said. “We expect to put a lot of runs on the board. We need to go for more base hits rather than swinging for home runs, but the girls know how to move runners. This is a great group. It’s going to be a lot of fun.”

Looking to build on last season’s success (23-9), the Lady Eagles open the season March 8 in the Colorado River Invitational in Needles, California.