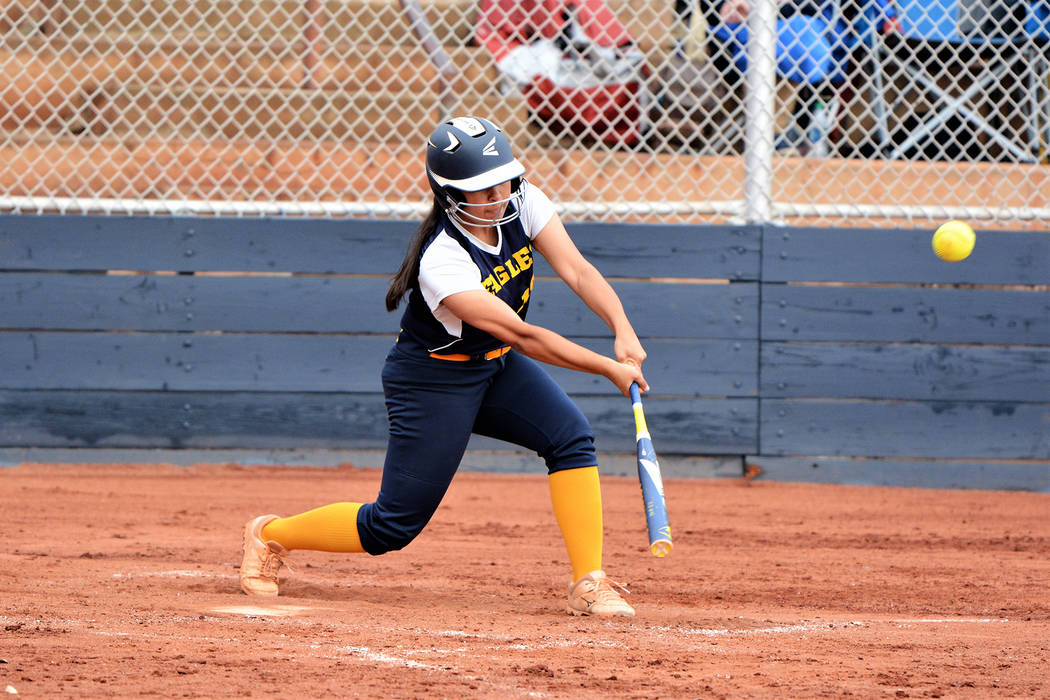 Coming within a game of .500 with a 14-15 record, the Lady Eagles clinched the second seed in the 3A Sunrise League with an uplifting victory over the Pirates.

“I thought we played very well,” senior Ryann Reese said. “This was the last league game for me on our field, so it was very important to win, specially against Moapa.”

In an error-laden game caused by wet field conditions, the Lady Eagles jumped out to a 10-2 lead after the fourth inning before the Pirate bats came alive.

With their backs against the wall, Moapa Valley struck with a two-run fifth inning and four-run sixth inning to close the gap, 11-8, before Boulder City closed out the rivalry affair.

“I’m very proud of how they held it together under pressure,” head coach Angelica Moorhead said. “They could’ve given up and didn’t when Moapa scored big in the sixth inning. Hopefully, this proves to them they are a team to be reckoned with.”

Giunta picked up the victory against Moapa Valley, striking out six batters.

Finishing 2-1 in this week’s slate of games, the Lady Eagles defeated Sunrise Mountain 20-1 on April 25 before falling to 4A Coronado 14-1 on Friday, April 26.

Against Sunrise Mountain, Ramsey finished 3 for 3 with one double and home run with four RBIs, while freshman Paeton Carver finished 2 for 4 with a double and two RBIs.

Giunta earned the victory against the Miners, striking out six batters.

The Lady Eagles conclude their regular season Wednesday, May 1, against rival Virgin Valley; results will appear in next week’s issue.