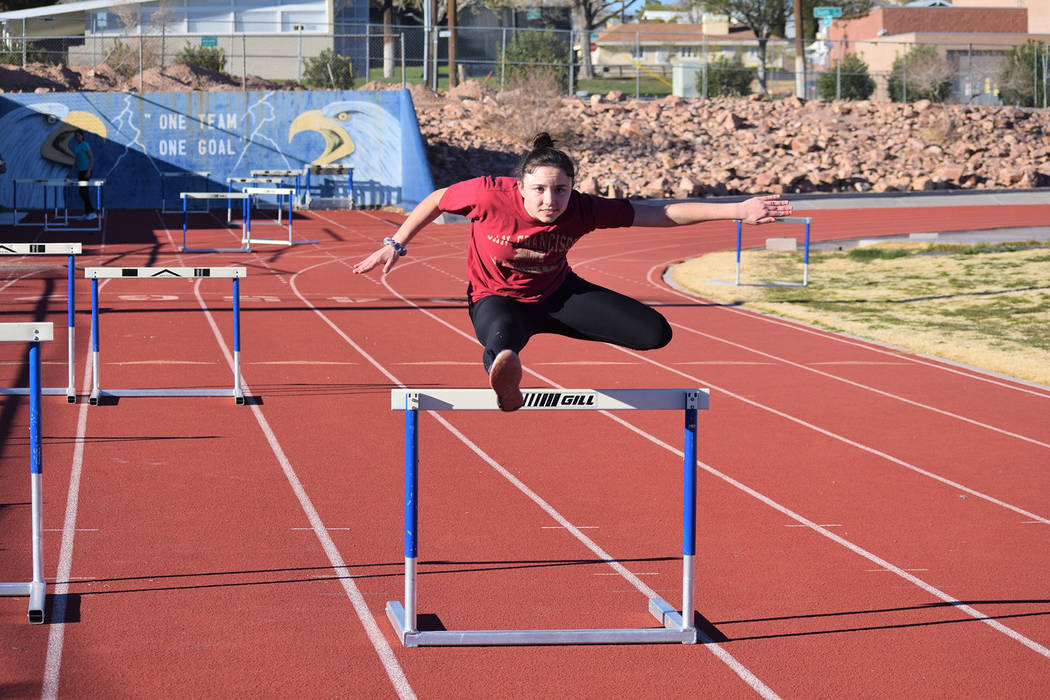 “This year I’m hopeful to qualify in both hurdling events,” Wachtel said. “This year I’ve been focusing on years past and the role models I have, Kenadee Bailey and Lauren Mullins (2016 graduate). I’m trying to duplicate their best performances.”

“Geri is coming out this season, exploding faster out of the blocks than she ever did last year,” head coach Sara Fisher said. “We’re really excited to see what she can do this season. She has a great endurance base and she’s flying out with a lot of speed.”

Expected to be a top points earner for the Lady Eagles, Wachtel also placed fourth at regionals in the high jump and 11th in the triple jump.

Joining Wachtel are seniors Taylor Tenney and Sierra Selinger, who each made 3A state meet appearances last season in two individual events.

Tenney was also on the Lady Eagles’ 4×400 relay team that finished sixth at state along with returning senior Hannah Miller.

Selinger, a seasoned state meet veteran, finished eighth in the 1600-meter run (6:08.14) and 3200-meter run (14:15.18) last season. Coming into her final season with the program, the four-year letter winner has lofty expectations for herself.

“I’m hopeful to better at state this season and place at least in the top three,” Seligner said. “I’m also hopeful to break the school record in the 3200-meter run.”

Giving the Lady Eagles a strong core to rely on, seniors Maggie Roe and Nicole Valle (shot put and discus) and junior Taylor Cunningham (sprinting) are also expected to earn points each week.

“Our underclassman have great attitudes,” Fisher said. “They’ve all shown great work ethics and I think it’s going to be a phenomenal building season. It will be interesting to see where we end up.”

The Lady Eagles will start their season March 15 at Virgin Valley, where they’ll face the Bulldogs and Cheyenne.