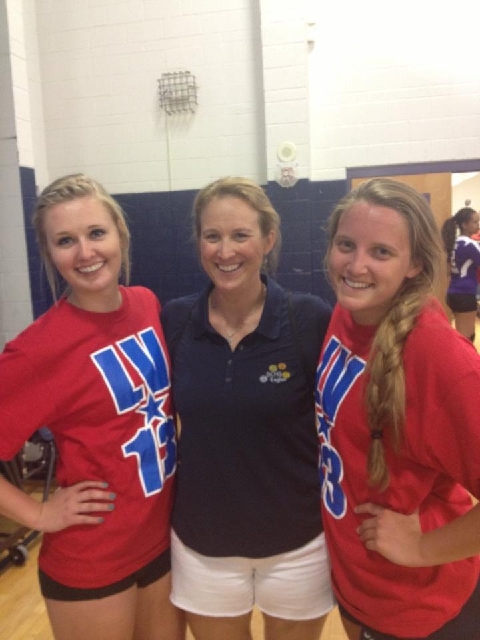 Frantz and high school teammate and longtime friend Mallory Bird, an outside hitter, got to play for the Sunrise League in the Division 1-A Senior All-Star Game on May 30 at Canyon Springs.

The Sunset League all-stars won the close contest, defeating the Sunrise League all-stars 25-23, 17-25 and 15-13. Frantz had 15 assists and three aces, while Bird made two kills and one block in the loss.

“I’m glad I got another chance to play with Mallory and coach Hinman,” Frantz said. “The last time we all were together on the court was a season-ending loss and not so good a memory. I am glad we had the opportunity to play some fun volleyball and cooperate with girls from opposing teams.”

In the fall, the Lady Eagles were 28-8 overall and 12-0 in the Sunrise League. They were upset by Chaparral, a team they beat twice in league play, in the Southern Region semifinal.

“It was awesome coaching all these talented girls in the all-star game and to see Avalon work her magic with the senior all-stars of the league,” Hinman said. “Mallory also had some great plays. I will miss coaching Avalon and Mallory.”