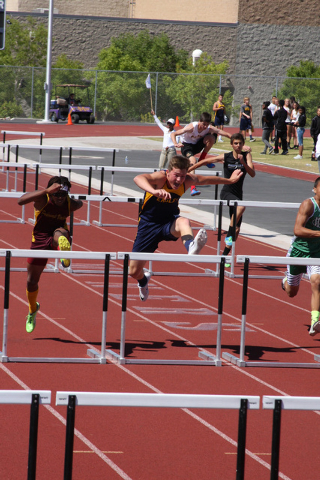 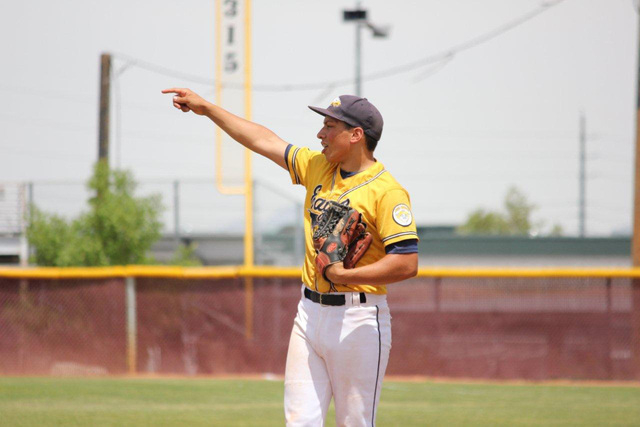 The Boulder City track and field team advanced more than a dozen athletes to the Nevada Track &Field Championships Friday and Saturday in Carson City.

To advance to state tournament, competitors had to finish in the top four places in an event at last Saturday’s Southern Region championships at Sunrise Mountain High.

Leading the Eagles was Andrew Sands, who won the shot put with a throw of 47 feet, while teammate Jack Rozycki was second with a throw of 42-7.5. Sam Gomez (40-10.75) was fifth in the event.

Leading the Lady Eagles was Whitney Barlow, who won second in the shot put with her throw of 33-2.75 feet. Barlow also qualified for state by finishing fourth in the 300 hurdles in 48.46.

The Lady Eagles’ other top region results included Alexis Fenyves, who was third in the triple jump with a leap of 32 feet 1.5 inches, while Arianne Hess was sixth.

The Eagles (21-8-2) finished the season one inning short of advancing to the region championship round for a second straight year.

Boulder City, state runner-up in 2013, ended its 2014 season with a 3-2 loss to Chaparral Friday. The Cowboys had three consecutive singles in the bottom of the seventh inning and scored the walk-off winning run.

The Cowboys led 2-0, but Boulder City cut the lead in half in the top of the third after Colton Bosnos was hit by a pitch and scored on Nolan DeSantis’ double to deep left-center field.

The Eagles tied the game in the fourth when Mario Castanon doubled to right-center and scored on Will Knudsen’s single.

Earlier in Friday’s elimination round, Boulder City defeated Mojave 7-0 by forfeit when the Rattlers’ pitcher exceeded the allowable innings pitched within one week. Mojave (18-16) led 8-7 at the time of the forfeit.

Faith Lutheran’s Brandon Johnson pitched a five-inning perfect game to beat Chaparral 14-0 for the region title Saturday, only days after combining on a no-hitter in a 16-0 victory against Boulder City in the second round.

Both Faith Lutheran (27-6) and the Cowboys (24-11) advance to the state tournament, which begins today in Sparks.