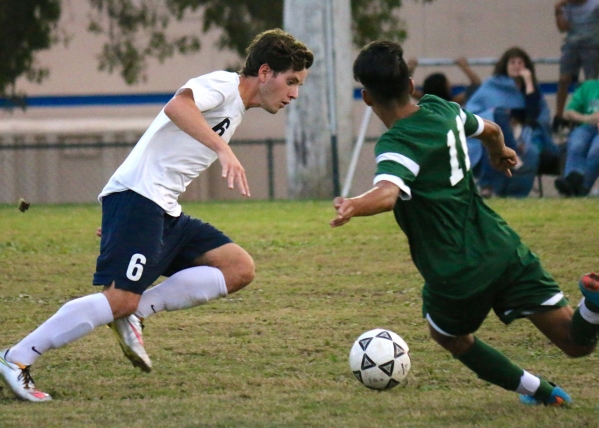 The boys and girls soccer programs ended this past week with a loss, effectively ending both team’s seasons.

Playing with a roster made up of mostly underclassman, including sophomores John and Alex Krausman, the Eagles made strides throughout despite their season-ending record and should be ready for a more competitive season next year under what would be a second-year head coach Chad Smith.

“They’ve all played well at different points throughout this season,” Smith said in an interview before the Eagles’ season finale against Adelson School. “Our record may not indicate it, but we’ve improved each week and will continue to do so.”