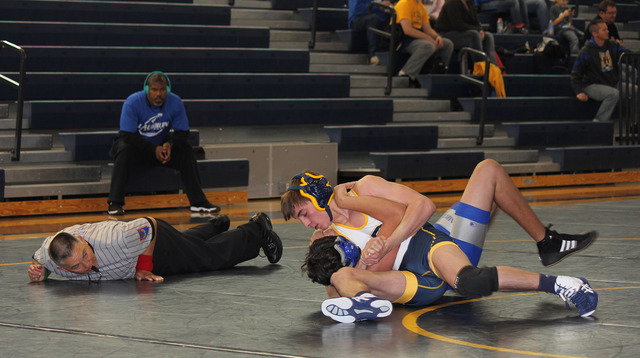 Heavyweight wrestler Jack Rocyski was chosen as Team Boulder’s wrestler of the week after posting an 11-1 record with eight pins. He also finished in third place individually Saturday as Team Boulder finished 15th among 48 teams in the Jimmy Hamada Invitational in Carlsbad, Calif.

“The invitational was regarded as the toughest in the San Diego high school section this season. Jack had a great week for us. He was 11-1 against some great competition and did real well to finish third in Carlsbad,” Team Boulder coach Jim Cox said.

“Everyone got to wrestle in five matches in there. Individually, everyone is improving each week and heading in the right direction. These are great, coachable young men.”