First-year Boulder City girls basketball coach Paul Dosch scheduled nonleague opponent Foothill in the middle of his team’s Sunrise League schedule as a way of measuring his team. Playing the larger and faster Division 1 team would allow Dosch to expose the Division 1-A Lady Eagles’ weaknesses while providing experience against a formidable opponent.

Foothill did just that Saturday with a solid 59-28 nonleague victory at home against Boulder City. The Falcons jumped to a 35-13 halftime lead and were never threatened.

“We learned that to be the best, even in our league, we have to play the best,” senior forward Whitney Barlow said. “We learned a lot from the Foothill game and we will be better for it. We played scared in the first half before we finally realized we were good enough to compete with them even though it was too late to win the game.

“We learned that we have to play as a team of 10 and help each other, not just rely on a few players,” Barlow added. “But we got better even if we did lose, and it will help us in the playoffs.”

The Lady Eagles will try to get back on the winning track at home at 5 p.m. today in league play against Virgin Valley (8-7, 2-1).

Boulder City’s record fell to 12-3 overall. Although they are 3-0 in the Sunrise League and in first place, the Lady Eagles got a lesson from Foothill on the areas they need to improve.

“We struggled with Foothill’s pressure and made 33 turnovers,” Dosch said. “Katlyn played well. Even in the loss, she stepped up and ran the offense. She is improving with each game and that is the goal.”

Foothill improved to 14-4 overall. They have been ranked as high as No. 5 in the state.

Despite a fourth head coach in four years, the Lady Eagles continue to excel in their league.

In a league game Friday against Tech, Williams scored 11 points and Barlow added 10 points to lead the visiting Eagles past the Roadrunners 36-28.

“Whitney carried us in the first half and Jana stepped it up for us in the second half,” Dosch said.

“The team played really well, and bounced back from the Foothill game,” Dosch said. “Sam played a very solid game, giving us a boost in the second quarter with back-­to-­back 3-­point shots. Katlyn did a great job all game of running the offense.”

Returning to past glory, Boulder City High School’s boys bowling team captured the 3A state championship, defeating Chaparral 2,165-2,016 on Feb. 14 at The Orleans.

Kamry Bailey added another accolade to her long list of achievements.

Ladd Cox, a senior star at Boulder City High School, emerged as the individual champion in the 170-pound division at the 3A Southern Region wrestling tournament, leading the way for the Eagles.

Boulder City High School boys basketball team clinched the top seed in the 3A Sunrise League standings after defeating a pair of rivals in its recent slate of games.

After dropping a pair of league contests, Boulder City High School’s flag football team will need to bounce back quickly with the postseason looming ahead.

Boulder City High School’s boys basketball team earned a huge 57-39 victory over rival Chaparral on Jan. 30, rebounding from its only league loss of the season. They were defeated by the Cowboys 65-59 on Jan. 8.

Boulder City High School’s flag football team finds itself at a crossroad after splitting a pair of recent games. 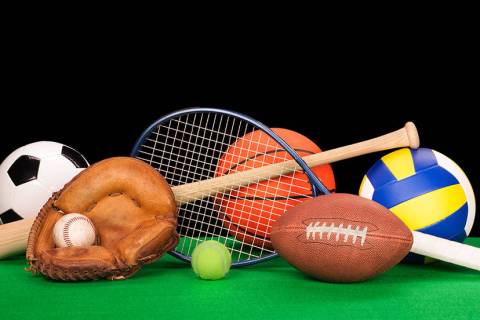