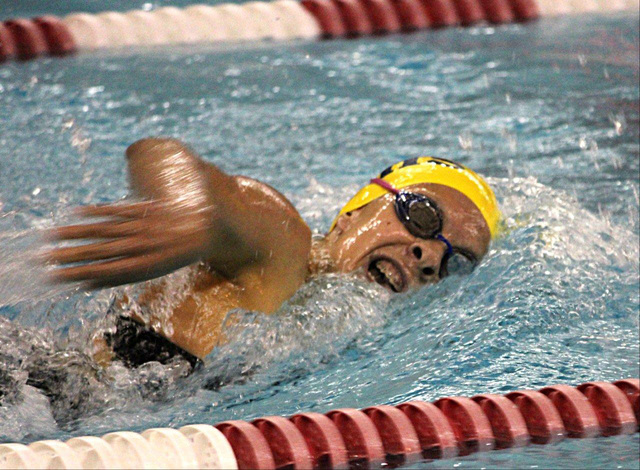 The Lady Eagles, who did not have a diver entered in the diving competition, won 11 of 11 swimming races to score 602 team points and crush second-place Faith Lutheran, which had 407 points. The top four placers in each event in the region advance to the state meet.

The next step for the Lady Eagles is to repeat the domination this Saturday in the Division I-A state championships in a return to the Buchanan Natatorium.

The Lady Eagles set the tone early in the region meet, winning the opening event as Montana Lloyd, Natalie Grothe, Rachael Grothe and Alex Hubel set a meet record in the 200-yard medley relay with a time of 1 minute, 47.96 seconds to better last year’s mark of 1:52.53.

Lloyd also set two individual records, including an impressive outing in the 100 backstroke where she swam 57.39 to break the minute-mark and shave nearly seven seconds off the previous record of 1:04.15.

“The winning 200 medley relay made an All-American consideration with their time, as Rachael with her time in the 100 fly,” said Boulder City swim coach Sara Carroll, whose teams will try to bring home her sixth and seventh state titles in her 20 years of coaching at the school. Carroll previously has won four state titles with the boys and one with the girls.

“I was just so very proud of all the kids, those that set records and those that just swam their best and placed in so many events. We have 23 swimmers going to state from both the girls and boys teams. They did great.”