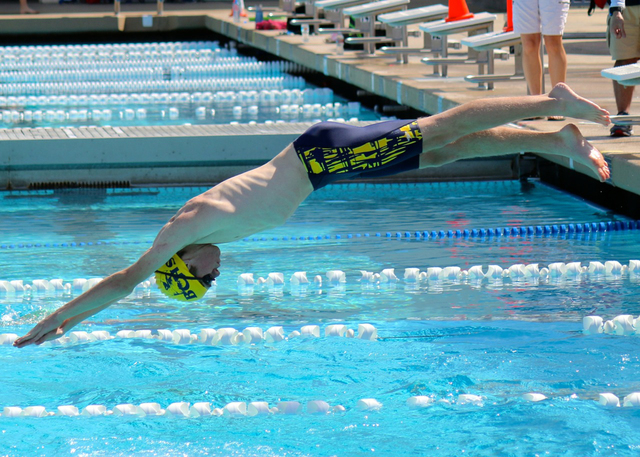 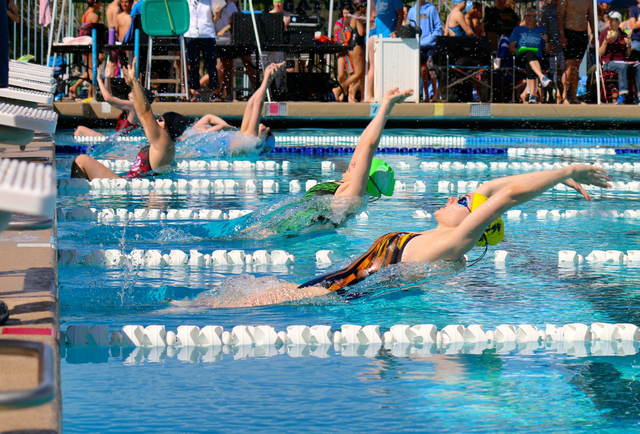 Escaping the home field Mustangs 406-411, the Eagles built up a solid lead over conference opponents Virgin Valley and Chaparral.

Leading the way for the Eagles was sophomore Jackson Wright, who tied for first place with a score of 76 on the par 71 course with Virgin Valley’s Hogan Fowles and Needle’s Joseph Garcia.

Placing third among conference golfers, Atkinson shot a 160 to wrap up 23rd place, shooting a 78 on the front nine and a 82 on the back nine on the 72 par course.

Placing ninth overall as a team for the weekend, the Eagles were only outscored by home opponent Pahrump Valley throughout division play, trailing 688-726.

The Eagles will continue their regular season Tuesday at Wildhorse Golf Course where they’ll play their first division match of the season.

Results from Wednesday’s home match against Division I opponent Green Valley will be posted in next week’s issue.

Coach Sara Carroll said no times were recorded and the meet was just for fun.