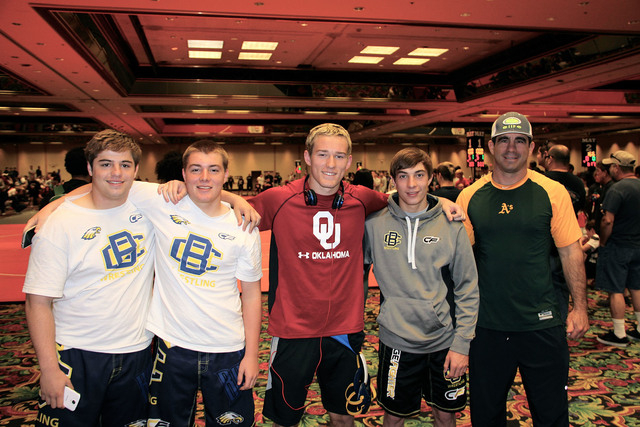 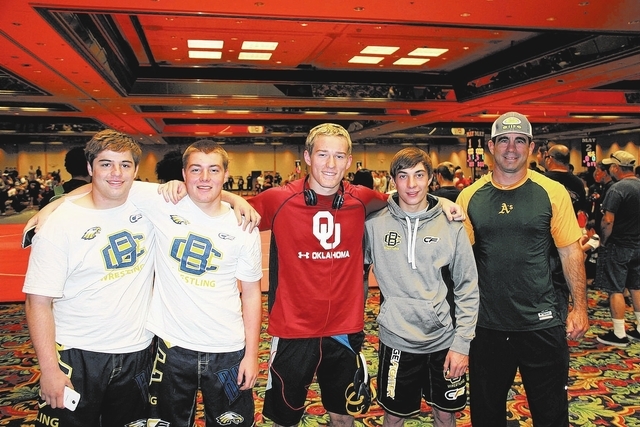 Foster won individual state championships in 2012 and 2013 for the Eagles and as a sophomore he lost the title match.

In 2012, he won first place in regional and national tournaments in both freestyle and folkstyle in USA Wrestling tournaments.

At the end of the school year Foster will begin serving a two-year mission for The Church of Jesus Christ of Latter-day Saints. Embry Riddle will hold his full scholarship until he returns.

Wrestlers from 30 states competed in the event.

Viera and several other Team Boulder wrestlers also did well in the in the Westlake (Utah) USA Wrestling Regional Tournament last week.

The event featured wrestlers from Nevada, Utah and Wyoming.

Garrett Leavitt (180) was third folkstyle and won first place in freestyle. Bryan Foster (138) was third in both styles.

Colin Fox was first in freestyle and second in folkstyle where he beat a Utah All-American at 125 pounds.

Dustin Edlund (170) was second in folkstyle and third in freestyle. Devin Fox placed second in both styles.

“The kids are working hard this off season and they are getting a lot of mat time experience and that builds their confidence,” Team Boulder coach Jim Cox said.