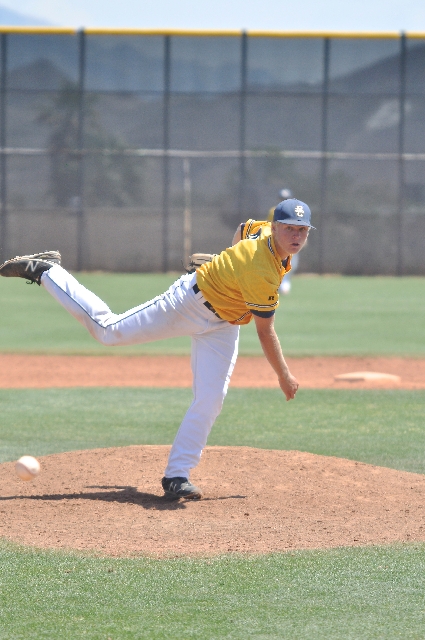 “We helped create the Connie Mack League because a lot of schools were tired of the American Legion,” Reese said. “Part of our reasoning was that with Legion, we only had time for games.

“We would play five games in a row and never have time in between to practice. That meant we would continue to make the same mistakes and not show the improvement we would like to see.”

The new league will also allow the players to enjoy part of their summer outside of baseball.

“In the new league we can keep our contact with the kids — total days we play and practice — to four to five a week, thus giving them some days off to have a summer and be kids,” Reese said. “Kids need time to be kids, too.”

The new league also let coaches build their own schedules rather than play a mandated schedule, which American Legion requires.

“With the new league we are able to build our own schedule and play games when we want to play them,” Reese said. “This helps us schedule around the other summer sports’ schedules that we ask our kids to play.”

But the new league will mean a tougher schedule against better competition, Reese said.

In the past, Boulder City’s varsity always played in American Legion’s Silver Division, which consisted of 50 percent varsity teams and 50 percent junior-varsity teams.

In the new Connie Mack League this summer, the varsity (18-and-under) will play all 18 of its games against larger schools, and varsity teams preparing for next spring.

The Eagles were state runner-up in May, but will lose 10 seniors including 1-A Southern Region MVP Tanner Howell. Seven of the seniors were regular starters.

“We are asking some of our kids who will not be in high school for one or two more years to play against current JV teams,” Reese said. “We are looking for a lot of them to step up and continue the standard of Boulder City baseball that has been in place for many years.”