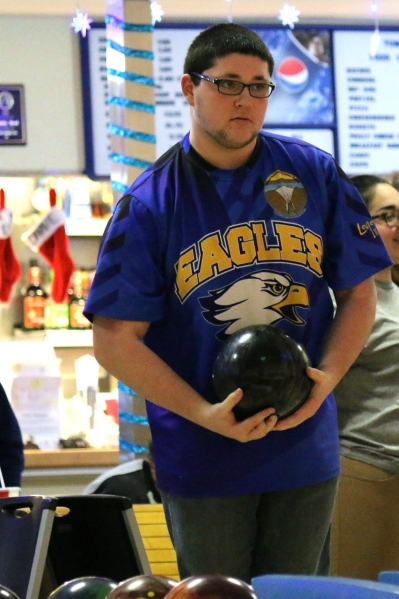 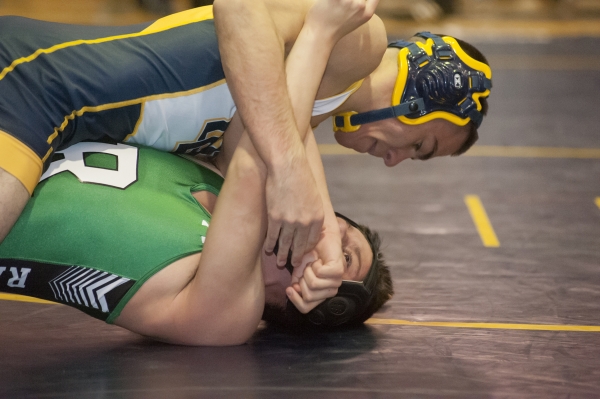 Both Boulder City bowling programs found ways to earn victories this past week, despite displaying inconsistencies throughout their pair of matches. As the Eagles head into their holiday break, adjusts are sure to be made for each club.

“On both sides, adjustments need to be made,” senior Tegan Smale said. “This past week, both teams experienced issues with consistency, which is common in the sport. We just have to make sure we fight through each match and continue to bowl our best.”

The boys remained undefeated this season, picking up victories over Desert Pines and Del Sol in a pair of contrasting matches.

“We struggled a little bit against Desert Pines, but I was really proud of the way the boys handled themselves,” head coach Rodney Ball said. “I feel like we learned from the mistakes we made against the Jaguars and displayed improvements in the following match over Del Sol. The Dragons are currently rebuilding, but it was a nice win to earn over an emerging contender.”

Despite holding home field advantage over the Jaguars, the Eagles struggled for the most part, just squeaking out a victory. Smale led the way for the Eagles with a score of 604, while junior Ed Rassuchine bowled a 519. Senior Dylan Amico added a 501 against the Jaguars, while junior Samu Jancuk bowled a 461.

Learning from their errors, the Eagles rebounded nicely Monday at the Wildfire, blowing past the Dragons behind an all-around improved effort. Smale led the way with a score of 630, while Rassuchine had one of his best season outings with a score of 610. Amico and Jancuk were also steady, bowling scores of 520 and 477, respectively.

For the Lady Eagles, the boys’ troubles dominated the girls’ fate as well, having nearly identical results over the past week in winning efforts.

Without junior Abgail Harling for their Desert Pines matchup, the Lady Eagles turned to the duo of junior Alexis Cable and senior Emily Owens, who bowled 365 and 342, respectively. Replacing Harling was sophomore Camile Torgesen, who bowled 270, while the duo of sophomore Bailey Jordan-Bennett and junior Bailey Archuleta bowled a combined 335 on the day. Jordan-Bennett bowled the first two matches for a score of 251, while Archuleta rolled a score of 84 in the third match.

Against Del Sol, the Lady Eagles rolled to a great victory with Harling in the lineup, who bowled a team-high 560, including a 216 in the third match. Cable and Jordan-Bennett had solid outings, bowling 496 and 417 apiece, while Owens rolled a 313.

It was a monumental week for junior Boulder City wrestler Dillon Viera, who was the lone member of the Eagles team to place this past weekend at La Costa Canyon invitational.

One of the toughest tournaments on the West Coast each winter, Viera took seventh place in the 160-pound weight class, capping off a tremendous week in which he also finished 3-0 over Durango, Chaparral and Rancho en route to earning the team’s wrestler of the week honor.

“Dillon had such an inspirational week,” Boulder City head coach Jim Cox said. “I couldn’t be more proud of the way he handled himself, not only against our in-state opponents but in the La Costa Canyon invitational, where every competitor he faced will be one of the toughest he will have faced all year. The energy that he carried this week was inspiring and it was a tremendous sight to see such a dedicated athlete performing well in the sport they love.”

Placing 22nd out of 63 programs at the La Costa Canyon invitational, the boys capped off a successful week, that included a pair of victories over Durango 40-30 and Chaparral 60-15, as well as a tie with Rancho 36-36.

“There were a lot of encouraging things to look at from this past week,” assistant coach Allen Haines said. “We’re continuing to get better each week and the talent level of most of these kids is really starting to shine.”

The Eagles will resume their season Friday and Saturday at the Dixie Desert Storm Invitational in Dixie, Utah. Same day results for the event will be posted on trackwrestling.com, giving those who can’t make the trip a first-hand look of how things played out.

Before taking nearly three weeks off for Christmas break, the Eagles will face their last test of 2015 today at Sam Towns against Chaparral in what is always a tough match.