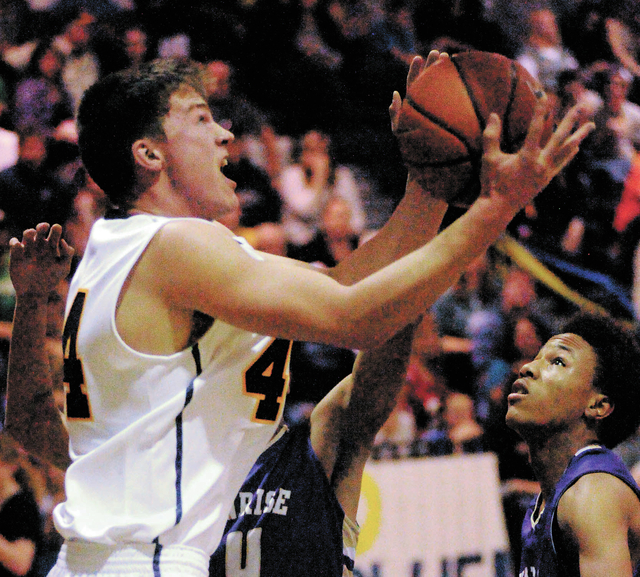 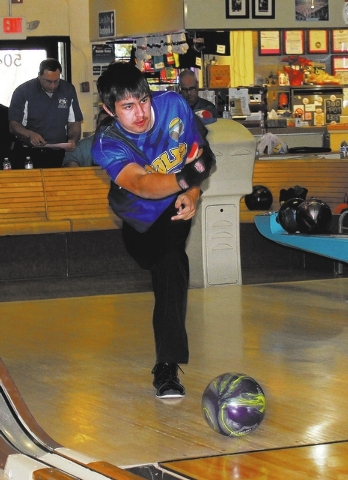 Teagan Smale’s 201.3 is the highest per-game average in Division 1-A where the Eagles are among the favorites to win this season’s state bowling championship. The Eagles were runner-up in 2013.

“We are just continuing to work hard toward our goal of being the best team this year,” Smale said. “There is still room to work, but everyone is trying to do their best.”

Teammate Randall Berkheimer is averaging 184, while Dylan Amico is at 158 and Eddie Feeney is at 157.

Boulder City could not overcome being outscored 22-9 in the second quarter. The Eagles are 4-9 overall and 0-2 in Sunrise League play.

The Eagles play at home at 6:30 p.m. Friday against Sunrise League opponent Tech. They also play at 6:30 p.m. at home Tuesday in a league game against Chaparral.

Team Boulder (10-2) is back on the mat Friday in the Mohave (Ariz.) Invitational. The team will also wrestle at 7 p.m. Wednesday in a dual match against Moapa Valley in Overton.

“The kids did a great job,” varsity coach Jim Cox said. “To have so many first and second places in an eight-team tournament bodes well for our future.”