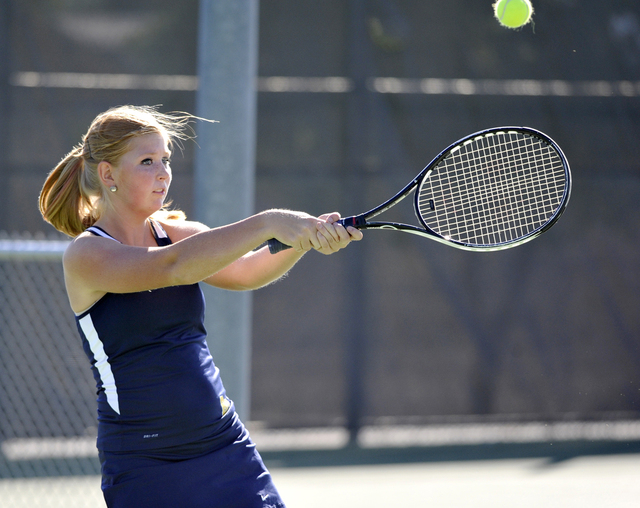 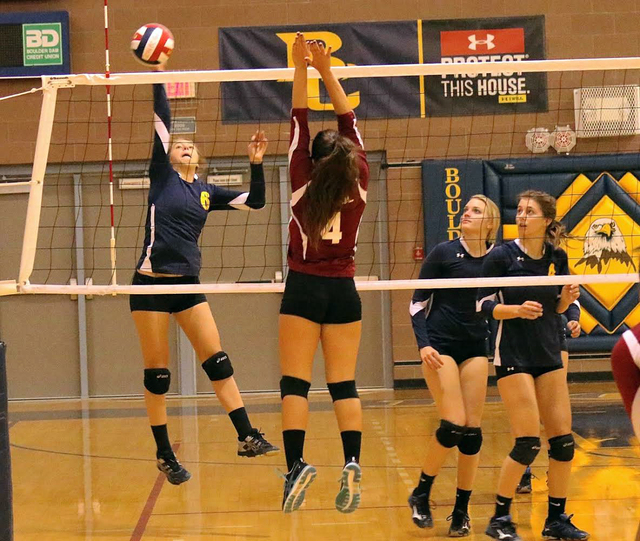 Several individuals from the girls and boys teams will compete this week in the Southern Region Individuals Tournament, where the top finishers will advance to the state tournament.

The Lady Eagles defeated Spring Valley 10-8 in the opening round and advanced to the second round, but lost 17-1 to The Meadows.

The doubles teams of Kyra Yamamoto and McKenna Frazier, and Sariah Gneiting and Iris Meijer each went 3-0 against Sierra Vista. Melissa O’Berto went 2-1 in singles.

The Lady Eagles went undefeated for the third consecutive season in Sunrise League play (9-0, 12-0 and 7-0 this season) to earn the No. 1 seed from the league.

“It was a tough loss in the region team tournament against another private school,” said O’Berto, a senior. “We don’t have the depth that the private schools do, but we did our best and we are proud that we did go undefeated in the league for a third straight year. That really meant something to our five seniors.”

The Meadows improved to 12-2, while the Lady Eagles ended their season 9-2 overall.

In the girls singles regional tournament that began Tuesday, O’Berto was the top seed and played in the round of 32 against Chaparral’s Joana Naguit.

The winners of Tuesday’s matches will play at 2 p.m. today at Bishop Gorman High School. The finals are Monday at the Darling Tennis Center in Las Vegas.

In the girls doubles regional tournament that began Tuesday, Boulder City’s No. 1 seed Sariah Gneiting and Alexis LeMaster will play in the round of 32 against Del Sol’s Jordan Haines and Isabel Hernandez.

The doubles finals are Monday at the Darling Tennis Center.

Boulder City’s Andre Pappas qualified as a No. 3 seed for the Southern Region boys singles tournament and played Tuesday against Mario Stadtlander of Faith Lutheran.

Boulder City, led by Lani Potter, played Tuesday in the Southern Region Championships at Boulder Creek Golf Course. The full results will be included in our Oct. 23 issue.

The NIAA Girls Golf State Championships, Day 1, is Monday at Palm Valley in Elko. The second round is Tuesday.

Boulder City remained unbeaten in the Sunrise League with a 25-7, 25-16, 25-12 road victory Monday at Desert Pines. Jaden Wood had eight kills and Alyssa Ybarra had six aces, while Emma Jeppsen had five kills.

Kinsey Smyth had three kills and seven aces as the Lady Eagles swept the Jaguars in three games. The Lady Eagles, now 20-6 overall and 9-0 in the Sunrise League, have swept eight of nine league matches this season.

Their only loss of the 28 games played came at the hands of Moapa Valley.

The Lady Eagles play at 6 p.m. Tuesday at Virgin Valley.

Oshauna Remy and Rebecca Smith each scored a goal, but Boulder City’s girls soccer team lost 3-2 at home Monday to Sunrise Mountain. The Lady Eagles are 2-6-2 overall and 2-5-2 in the Sunrise League.

On Oct. 8, the Lady Eagles defeated Chaparral 5-0 as Jordyn Trobiani and Lauren Mullins each finished with two goals and an assist. Nikki Meleo also scored for Boulder City, which got two assists from Smith. Goalkeeper Jeanne Carmell made five saves, including one on a penalty kick to get the shutout. 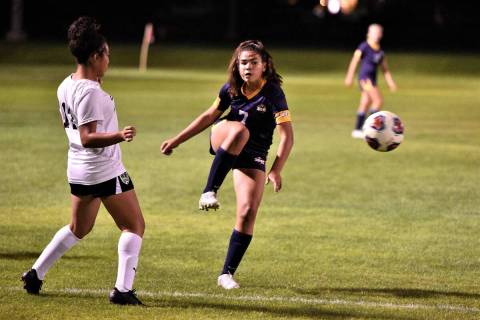 Rolling on to the regional semifinals, Boulder City High School girls soccer routed SLAM Academy 5-1 in the first round of the 3A Southern Region playoffs Tuesday, Nov. 2 . 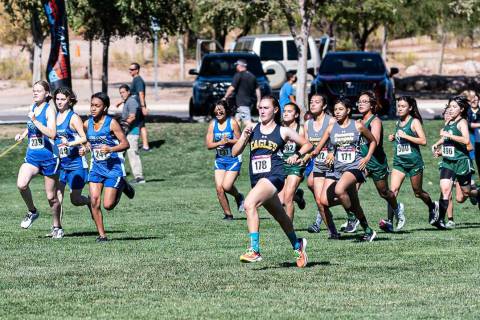