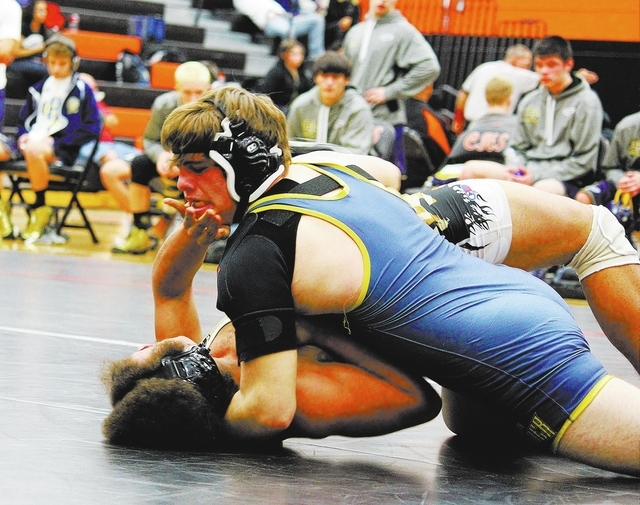 Winning the Division 1-A state bowling championship two weeks ago was not enough. Three Eagles are poised to make a run at the boys individual state title, too.

Teagan Smale bowled games of 226, 279 and 225 for a high series of 730 on Tuesday to become the No. 1 qualifier for the NIAA State Bowling Individuals Championships at The Orleans. The finals, featuring the county’s top six bowlers, was Wednesday. The results will be printed in the next issue of the Review, Feb. 20.

Smale was the Eagles top bowler this season and had the highest average among Division 1-A bowlers countywide. He led the Eagles to the school’s first bowling state championship Jan. 30.

Smale, Berkheimer and Amico will bowl today in the MVPs Championship tournament, where high school bowlers will compete for scholarship money. The event begins at 2:30 p.m. at The Orleans.

Senior Eddie Feeney, who was part of the state championship team, also will bowl today. He did not qualify for the state individual tournament because he did not bowl in the required 15 varsity matches during the regular season.

“I’m looking forward to this event because it will be my final one in high school,” Feeney said. “I wish I had qualified for the state individual tournament because our guys are tearing it up and it would have been historic if we finished 1-2-3-4. Hopefully they will sweep the event. It will be great for Boulder City to have the state team and state individual champions.

The postseason fate of the Eagles will be decided today on the final day of the regular season.

It will depend on the outcome of several games. If the Eagles do clinch third or fourth place in the Sunrise League, they would advance to Tuesday’s Southern Region quarterfinals to play an opponent from the Sunset League.

The Eagles conclude the regular season tonight at home against defending state champion Desert Pines. The results of games involving Chaparral and Sunrise Mountain will determine which teams qualify for the playoffs.

A few close losses have hurt the Eagles. A four-point loss to Chaparral, 53-49, Friday allowed the Cowboys to pass Boulder City for third place. Only the top four teams in each league advance to the playoffs.

“It’s been a hard-fought season, and we will play it out to the final game,” Sam Woodbury said.

Despite a strong second half of the season where the Eagles won several league games, they have been slowed at times by injuries and close losses.

They lost to Chaparral on Friday, lost 44-41 to second-place Virgin Valley Jan. 23, and lost by five points to Chaparral Jan. 21.

Team Boulder will compete at 8 a.m. in the Division I-A Sunrise Region Championships on Friday and Saturday at Rancho High School. The Eagles were 24-4 in dual meets this season.