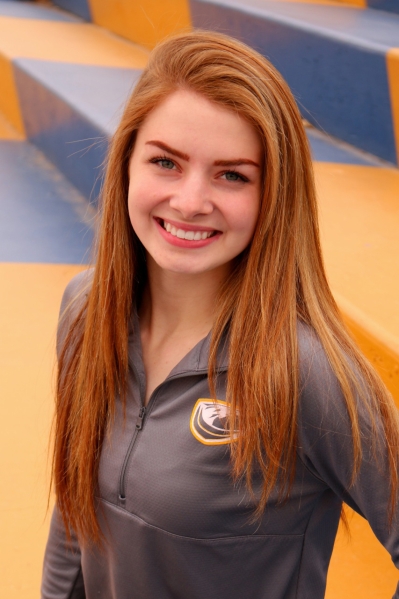 Each week the coaches at Boulder City High School nominate an athlete to spotlight for contributions made to his or her team. This week’s honoree is junior Kenadee Bailey, who plays on the varsity flag football team as a wide receiver andn linebacker. So far this season, she has had 19 receptions for 262 yards and 6 touchdowns, as well as 41 tackles and six interceptions. she was instrumental in the Lady Eagle’s Dec. 15 40-14 victory over Moapa and Dec. 17 41-0 victory over Sunrise Mountain. Against Moapa, Bailey caught four passes for 78 yards and a touchdown and had eight tackles and an interception on defense. In the game against Sunrise, she caught five passes for 47 yards and two touchdowns, along with eight tackles. Bailey also plays volleyball and is on the student council. She is the daughter of Kim and Kurt Bailey.