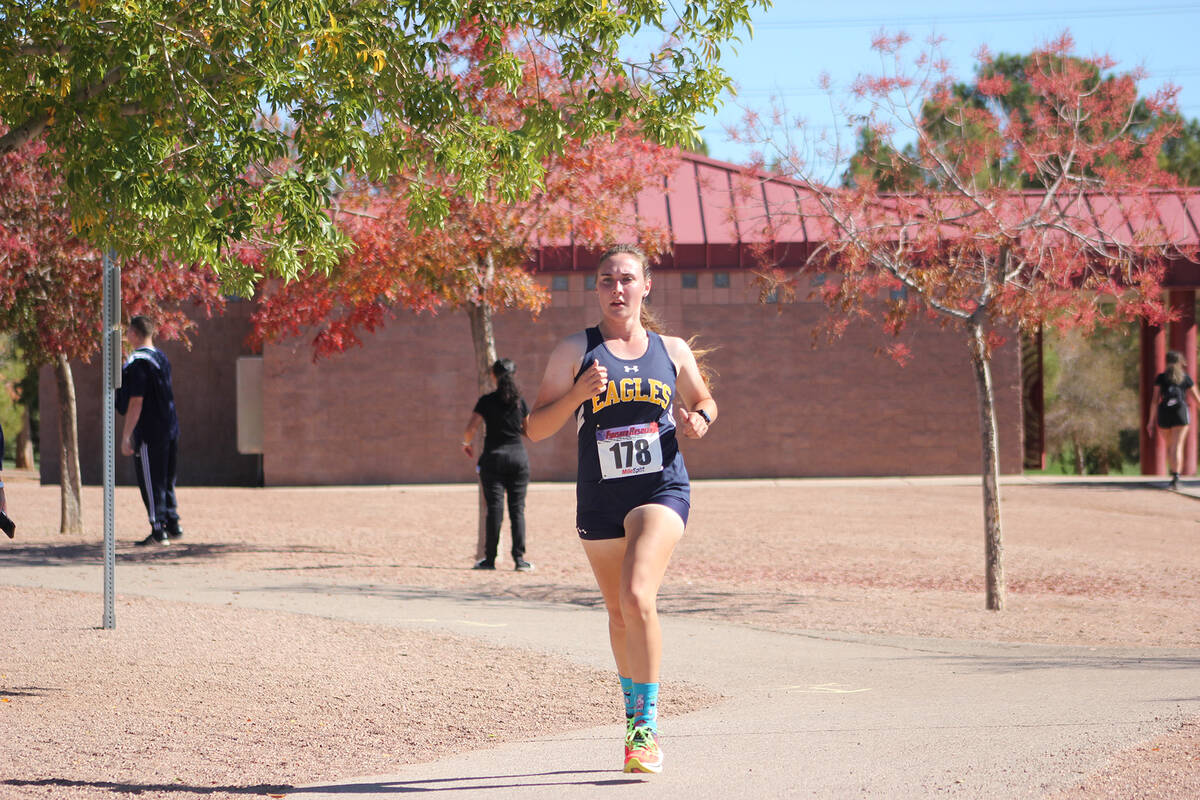 (Mark Misuraca) Mary Henderson, a senior at Boulder City High School, seen at the 3A regional championship at Veterans’ Memorial Park on Oct. 29, finished in third place at the 3A state championship meet Nov. 6 at Shadow Mountain Park in Reno, Nevada.

A three-year state meet participant, Henderson finished with a time of 20:36, 21 seconds behind Northern winner Jovi Kuskie from Lowry and a second behind Moapa Valley runner-up Emma Humes.

This was the senior’s best state meet finish in her storied prep career with the Lady Eagles, besting her fourth-place finish in 2019.

“Mary’s amazing performance at state showcased how much effort and hard work she put in the entire season, as well as during the offseason, head coach Wendy Lee said. “She is a talented athlete and, as the girls’ captain this season, she was an excellent role model for the entire team.”

Looking to follow in Henderson’s footsteps as the next star for the girls cross-country program, freshman Ellie Palmer finished 49th out of 63 competitors with a time of 26:09.

“Ellie had a great freshman year on the cross-country team,” Lee said. “Making it to state this season really showed how much effort she put in. It will be fun to watch Ellie reach her full potential over the next three years. She definitely has the ability to become an even faster runner.”

“Brayden was new to the cross-country team this season and he really put in the hard work needed to make it to state,” Lee said. “It will be exciting to see what he will do next season. He has great potential and is going to be the one to watch for sure.”