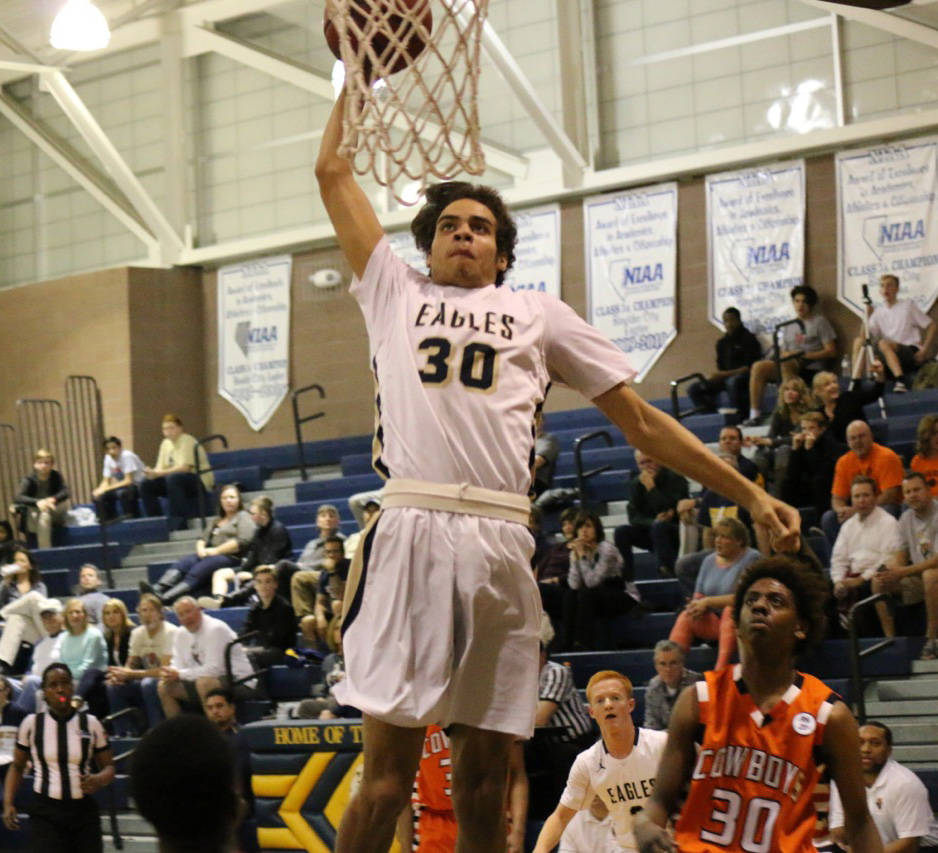 Cruising his way though the first two rounds, Green fell to Western’s Kwan Carter in the finals after missing two attempts.

“It was awesome to compete with some of the top dunkers, and coming in second was an honor,” Green said. “Congrats to Kwan for the victory. Although I lost, I always will be testing my dunking abilities because I understand that to be the best I have to beat the best, and unfortunately I didn’t. Even though the time was limited to practice, there’s also room for improvement.”

Stepping out of his comfort zone in the finals, Green first tried to perform a between-the-legs dunk, followed by a behind-the-back dunk. Missing both attempts, he played it safe and finished with a windmill to accumulate points before falling to the Western leaper.

“I had a lot of fun on Friday,” Green said. “This was the first of hopefully many contests for me. I’m glad I was able to represent our town. I love this place.”