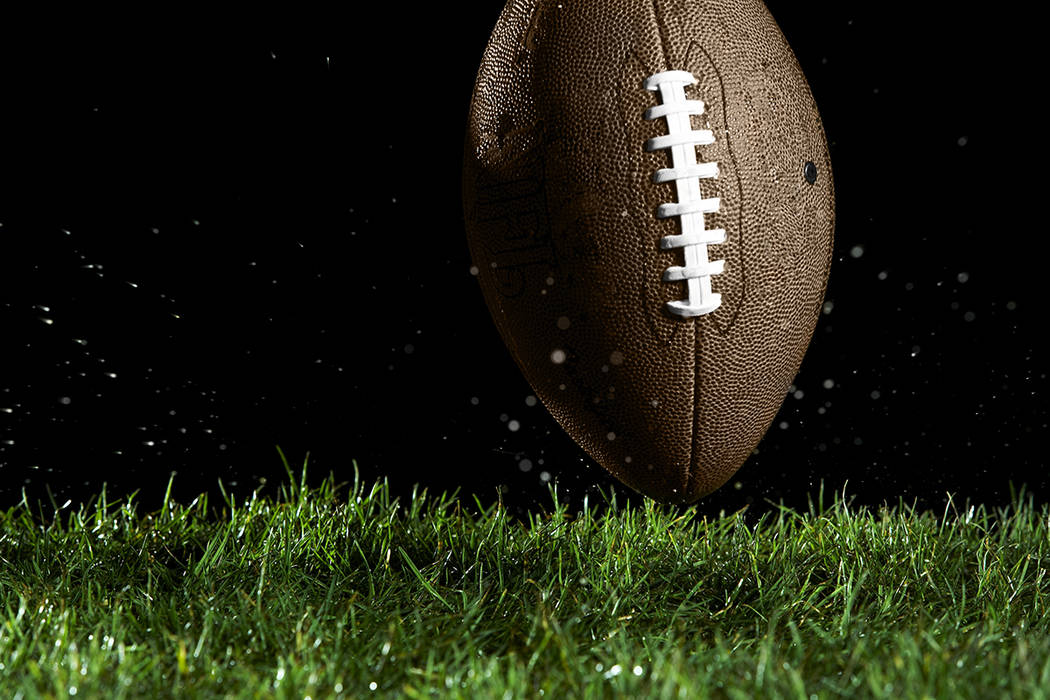 Playing tough until the end, Boulder City High School’s flag football team ended its season Tuesday, Feb. 19, with a 13-2 loss to rival Virgin Valley in the Class 3A state semifinal.

“We lost but that’s just part of the game,” senior Ryann Reese said. “I am extremely proud of the girls and we played our hearts out. I have no regrets to end the season.”

Powering the Lady Eagles into the state semifinals with a 6-0 victory over Valley on Feb. 14, Reese scored the game-winning touchdown.

“I was so pumped going into the next round after that win,” Reese said. “Attitude is everything during this game and when I got pumped the whole team got excited.”

Reese dashed for a 15-yard score in a dramatic overtime finish after a deadlocked 0-0 game helping Boulder City secure its first playoff victory since 2016.

“It was great getting that first playoff win,” head coach Kevin Ruth said. “It was a lot closer than we were hoping but that’s the way the season kind of went with a lot of close games.”

Nearly the entire offense against Valley, Reese was at her best, rushing for 197 yards on 24 carries. The Lady Eagles as a whole generated 298 yards of total offense against the Vikings.

“Defense is a huge part because if you can’t score on offense then you have to play good defense in order to keep it a good game,” Reese said. “We practiced so hard on defense. Coach (Ruth) would take up his lunch time to figure how to stop the other team and it paid off.”

Concluding their season with a 12-7 record and a playoff victory, the Lady Eagles have successfully completed a rebuilding year for the program.

With multiple juniors planning to return for their final season, the Lady Eagles may not have reached the state championship status they’ve been accustomed to in the early years of the program, but they’re certainly heading in the right direction.

“This year was much different than last year,” Ruth said. “I think the girls really bought into our philosophy and having coach (Chris) Morelli back was huge. We had a great group of girls that wanted to get better and win.”