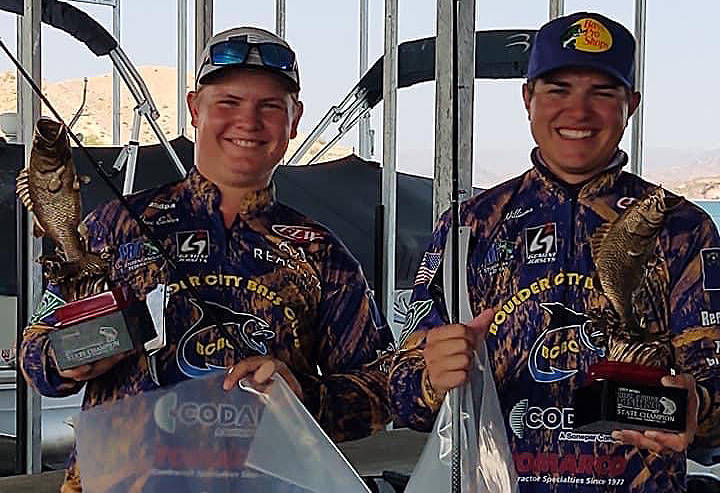 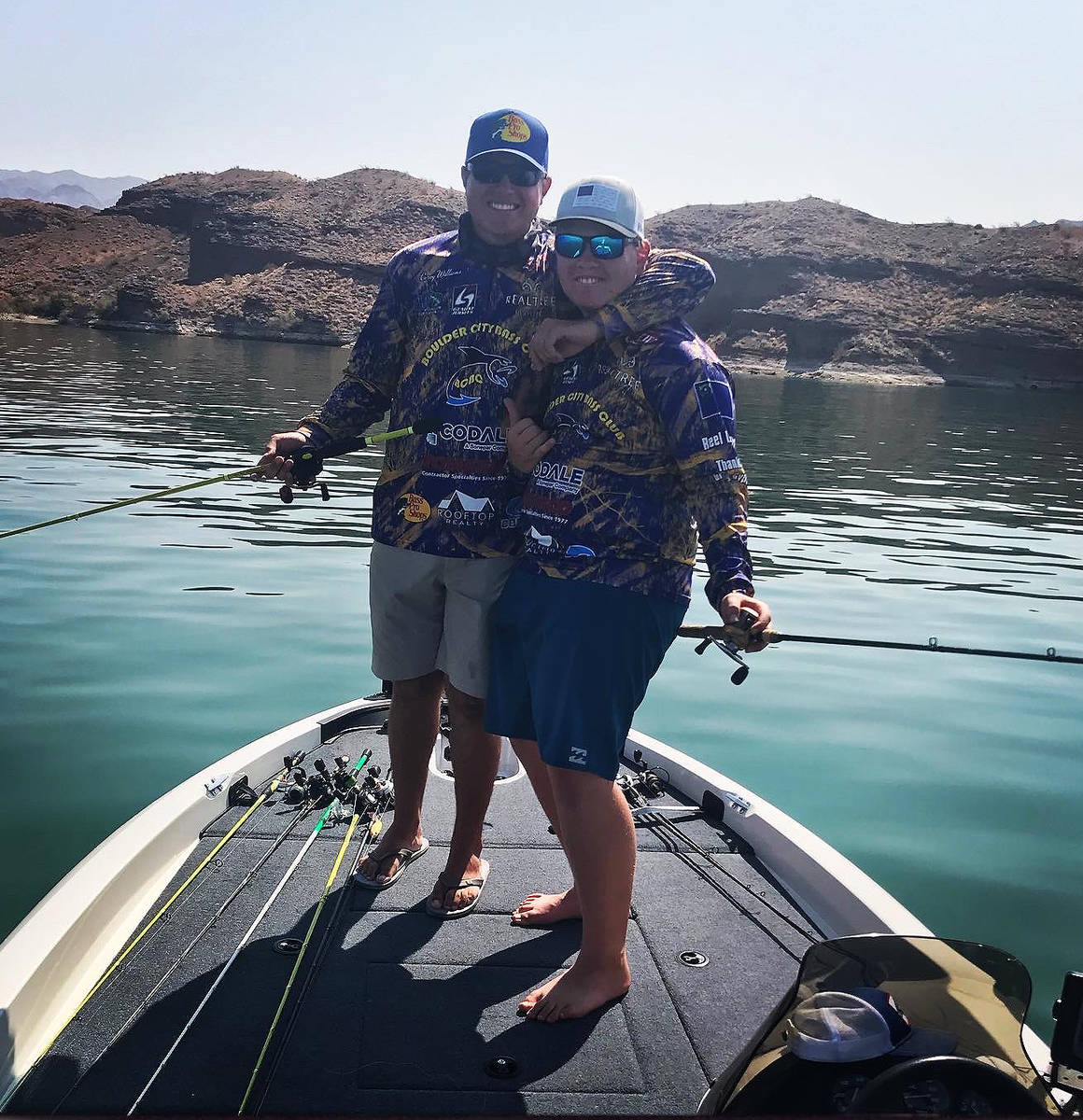 The duo caught a total of five fish during the four-team competition, totaling 12.24 pounds.

Ben Schafler and Charlie Stewart finished in second place, catching a combined weight of 6.68 pounds, while Kyle Luis and Talynn Madrid ended the day with 3.40 pounds.

“I was very excited to win since this was my fourth High School State Championship in a row,” said Williams, president of the bass club. “We put a lot of time on the water so when it pays off big like this, it means a lot.”

Oozing with enthusiasm following their win, Easter admitted he couldn’t contain himself after a job well done by their team.

“When I saw that we won, I gave Corey a high five and hugged him and then we took some pictures and received our prizes.”

For their winning efforts Easter and Williams each received a new Denali fishing rod.

The duo got off to a hot start before cooling down during the day, but still managed to secure the victory.

“We fished well in the first hour,” Easter said. “In the first hour we had seven pounds on topwater baits. I caught mine on a walking bait and Corey caught his on a whopper plopper. Corey’s fish happened to be the big fish of the tournament. After the first hour the bites slowed down, so the rest were caught on a crank bait and a jig.”

Wrapping up their state championship efforts, the duo has now qualified for the 2021 FLW National and the Bass Federation World Championship at Lake Hartwell in South Carolina in June, where they’ll look to compete on a national level.

“I‘m very excited to be fishing in the 2021 FLW National Championship on Lake Hartwell,” Williams said. “My first junior world championship was in South Carolina so it will be fun to return there and see if we can get some better results.”

No strangers to national competitions, the duo went to the nationals in Alabama last year where they finished 77th out of 300 boat entries. The duo ranked as high as seventh place after the first day, before fizzling out on days two and three.

Excited for more fishing opportunities, especially in a change of climate, the club’s season will resume Oct. 31 at Lake Mead Marina, where Easter and Williams will look to continue their hot streak.

“I’m happy it won’t be as hot,” Easter said. “The fishing will change with the weather, so it’s always a learning experience when the seasons change.”