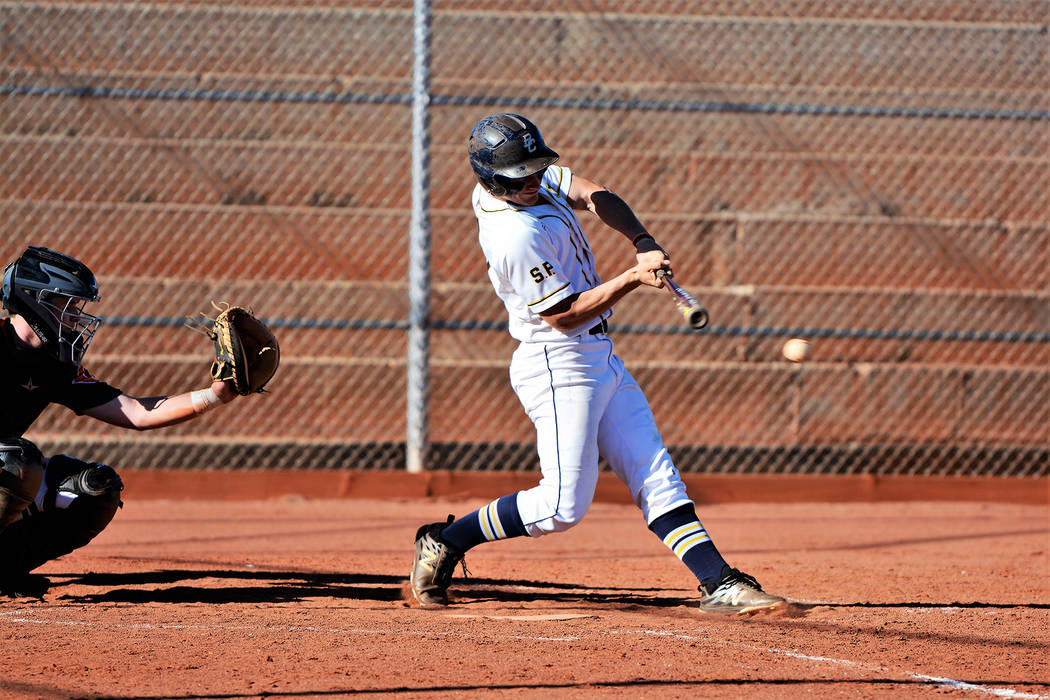 The Eagles, which improved to 19-7 on the season, remain second place in the 3A Sunrise standings as they head into their final home stretch.

Exploding out of the gate offensively, the Eagles scored 10 runs in the first inning before concluding the outing with a run each in the fourth and fifth innings.

“This was a solid win for us,” head coach Ed McCann said. “I’d like us to work on being a little more consistent offensively and scores run in every inning, but boy I can’t tell you how happy I was that we jumped out to a big lead. I’ll take that kind of effort every time. If we can get hot early and score a bunch of runs in every game, we’re going to be all right.”

Continuing to find his groove at the plate, sophomore Blaze Trumble went 2 for 3 with three runs batted in and a double for the Eagles. Trumble leads the Eagles on the season with 36 RBIs and 17 doubles.

Driving in a pair of runs, sophomore Scott Bahde finished 1 for 2 with a triple, while senior Jimmy Dunagan (2 for 2), sophomore Deavin Lopez (2 for 3), sophomore Joey Giunta (2 for 4) and senior Brendan Thorpe (1 for 3) all drove in a run apiece.

On the mound for the Eagles, sophomore Troy Connell continued to pitch well, earning his sixth win of the season. Throwing a complete five innings, Connell allowed two runs on five hits with eight strikeouts.

Getting back to league play, the victory came at the right time for the Eagles, after a 1-3 record last week in the 4A-laden Blazer Spring Bash.

Playing well April 17, the last day of the tournament, the Eagles split their pair of matchups, routing 4A Sierra Vista 15-3 before falling to California opponent Centennial 6-5.

Tied 2-2 heading into the fourth inning against Sierra Vista, the Eagles broke the game open with a six-run inning. Driving in five runs, Trumble finished 2 for 4 with a double and Giunta finished 3 for 5 with four RBIs.

Connell earned the win against the Mountain Lions, throwing six innings with eight strikeouts. Against Centennial (Bakersfield), Trumble and Connell both were 1 for 4 with an RBI.

“That was a good tune-up tournament for us,” McCann said. “Would we have liked to win all those games, sure, but we got valuable lessons out of those losses that we’ve now been able to work on in practice. We saw nothing but good arms and that’s what we wanted. The pitching will only get tougher once we get to the postseason. I’m glad the boys got to go up against a couple studs.”

Set to conclude the regular season, the Eagles start their four-game slate today, April 25, on the road against Sunrise Mountain, before welcoming 4A Coronado on Friday, April 27.

The Eagles will finish the season Monday by hosting top-ranked Moapa Valley before traveling to Virgin Valley on Wednesday, May 1. Moapa Valley beat the Eagles 7-4 on April 4 for their only league loss of the season.