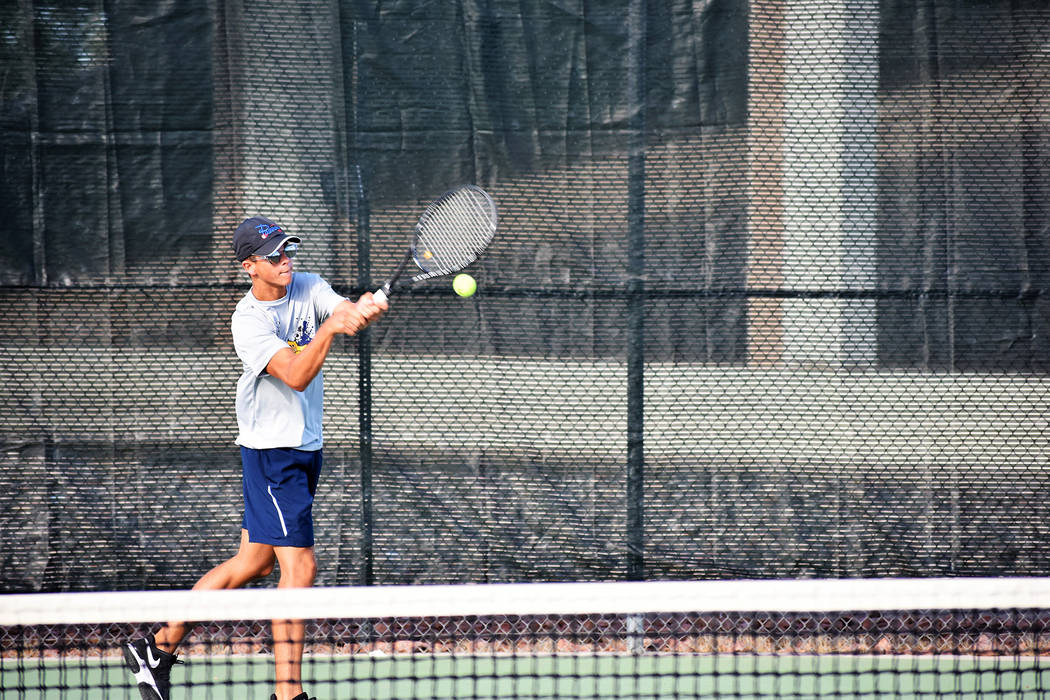 “Having our entire lineup honored is a testament to the hard work the boys have put into their games,” head coach Rachelle Huxford said. “Quite a few of our players play year-round in order to be competitive. I am proud of their hard work, sacrifice and dedication.”

“Having three of the top singles players in the state to practice with on a day-to-day basis definitely helped us all get better,” Pappas said. “Facing that level of competition daily, we all got to practice for what we would be up against in the state tournament.”

Earning a state tournament berth as well, Huxford and Jorgensen lost to eventual state champion runner-up Justin Finseth and Ben Goodman of The Meadows in the semifinals.

“We were able to rely on all three of our doubles teams throughout the year,” Rachelle Huxford said. “We always felt confident that points weren’t being left behind. Everyone put in the work to get better in the offseason and it proved with their great play throughout the season.”

Providing great play for the Lady Eagles this season, which finished as 3A state champion runners-up, were all three singles competitors, sophomores Olivia Mikkelson, Tegan Pappas and Olivia Goodfellow, who were named first-team All-Southern Region, along with junior hybrid Natalie Bowman, who split time between singles and doubles this season.

Highlighting the girls’ individual performance, Mikkelson established herself as the top singles competitor in the 3A after winning the individual state title.