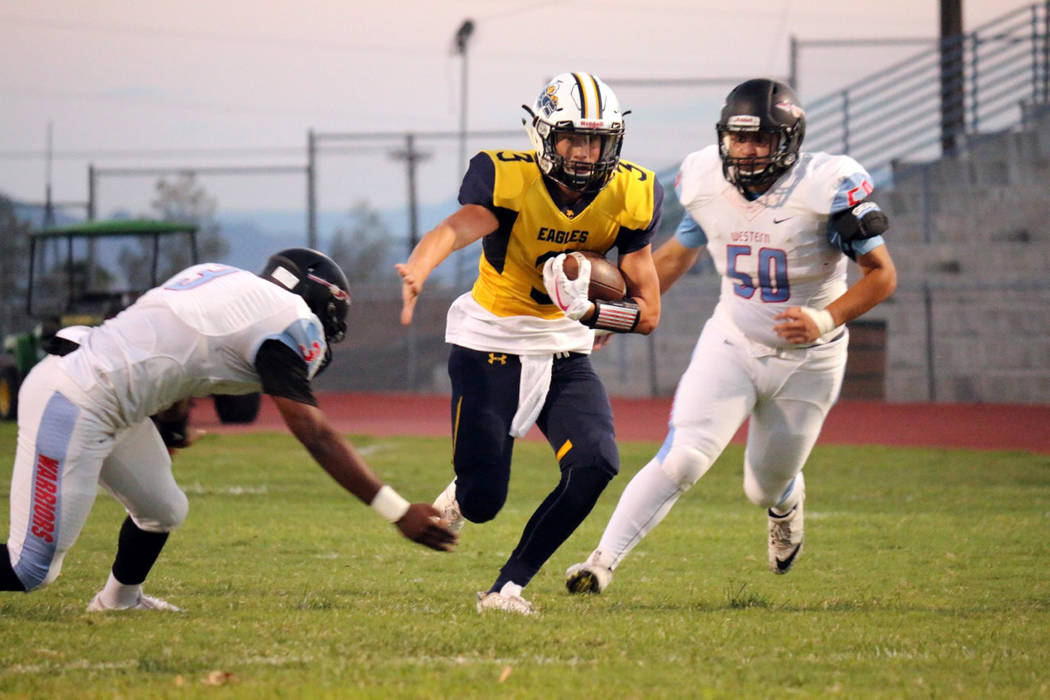 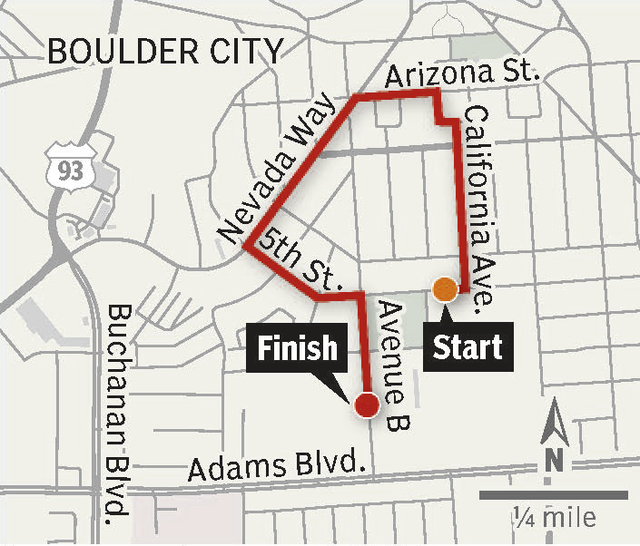 As part of homecoming festivities, Boulder City High School will present a parade from the school to downtown and back to the football field. The parade begins at 6 p.m. today, with a tailgate party immediately afterward.

Overcoming a pair of key injuries early Friday night, Boulder City High School football team was able to squeeze out a 29-13 victory against Western behind a physical style of football.

“Nothing pretty about our win Friday,” head coach Chris Morelli said. “We just played hard till the whistle was blown and did what we needed to do to get the job done.”

Losing senior two-way star Zach Trone on the opening kickoff, the Eagles also had to overcome the loss of junior running back Thorston Balmer, who was the team’s week one hero against Clark with 150 rushing yards and three touchdowns.

Looking to unleash Balmer early, the junior powerback carried on the game’s first five plays, generating 52 yards on the ground before exiting the game with an undisclosed injury.

“I feel the absence of two or three players won’t affect the outcome of our games this season,” Trone said. “The difference in this year’s squad is that we play as a team. I have faith that no matter who we put on the field, our guys are going to give 110 percent and do what it takes to win.”

Despite playing shorthanded without Balmer and Trone, who start both offensively and defensively, the Eagles were able to jump out to a 21-0 lead at halftime, taking advantage of great field position.

Scoring his second rushing touchdown, Jones put the Eagles ahead 14-0 with a goal-line plunge, followed by a 6-yard touchdown pass from senior quarterback Austin Langley to senior Briggs Huxford early in the second quarter.

The star of Friday’s game, Huxford also grabbed a pair of interceptions on defense, while making three tackles.

“Briggs had a great game Friday,” Morelli said. “He scored a touchdown for us and provided our defense with a few crucial stops. He anchored our defense.”

“The backbone of our defense is made up by wrestlers who aren’t afraid to stick their head in there and get their hands dirty,” Morelli said. “Jimmy and Ryan stepping up and filling in key roles has been a big help so far.”

Playing the hero on offense as well, Dunagan silenced any momentum Western might have gained with a 13-0 third quarter run, putting the Eagles ahead permanently 29-13 with a 5-yard touchdown early in the fourth quarter.

“Credit Dunagan for coming in and picking up the slack after Balmer got hurt,” Morelli said. “He was really big for our running game tonight.”

Dunagan finished the night with 62 yards and a touchdown on 12 carries, behind an overpowering Eagles’ offensive line led by senior Cole Smyth and junior Mike Kaposta.

Looking for their first 3-0 start since 2012 when the Eagles started their season 6-0, Boulder City will host Needles at 7 p.m. Friday for their homecoming game. Hosting a doubleheader Friday, the Eagles freshman team will play at 4:30 p.m.