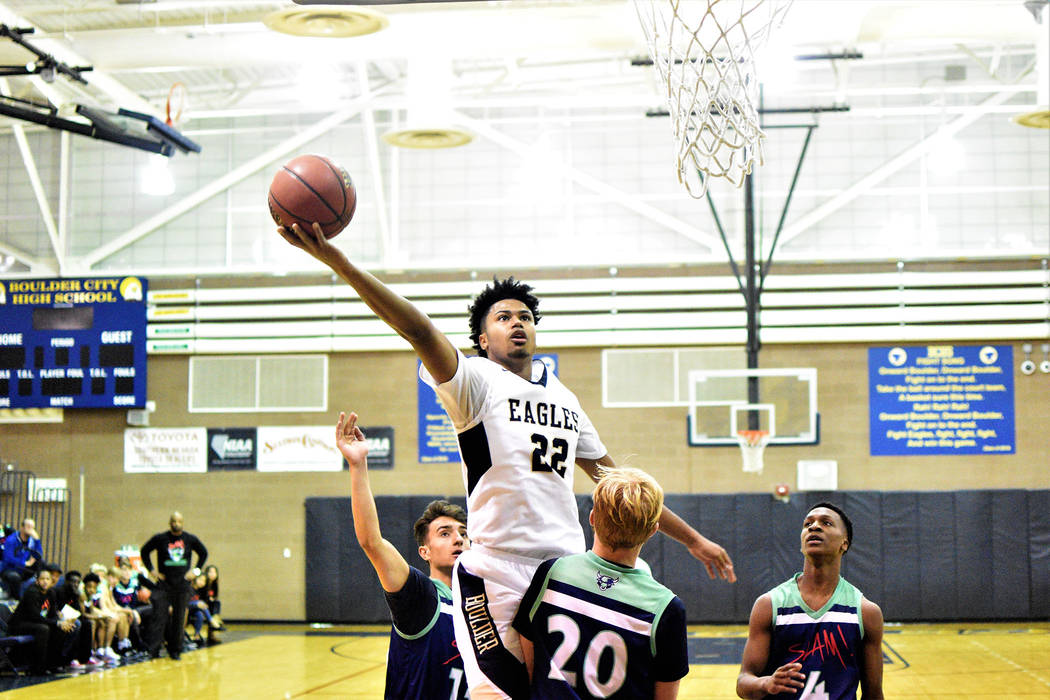 Squeezing out a win over the higher-classified Gators, the Eagles (8-2) pulled away in the final minutes of the fourth quarter after a highly competitive game.

“I thought we played good at times,” said head coach John Balistere. “We played a little ugly at stretches, but our guys kept hanging around and gave us a chance. Down the stretch we were able to hit some free throws and put us in a position to win the ballgame.”

“Our ability to have multiple people score is very important to our team,” senior Karson Bailey said. “Even if one of us is having an off game or one team tries to take away a certain player, we know we have guys who can step up and help us win big games against teams like Green Valley.”

Scoring a team-high 16 points, senior Derrick Thomas found his rhythm late in the second half after struggling early on.

Picking up the slack for the senior scorer, sophomores Matt Morton and Ethan Speaker supplied 15 and 14 points, respectively, to pace the Eagles.

“I don’t think I had the best start in the first half against Green Valley, but I noticed that we were down the majority of the game, and my teammates and I needed to make a push,” Thomas said. “I dug deeper to put my best foot forward in the second half to gain the lead as well as obtain the win.”

Hosting 4A Liberty on Dec. 15, the Eagles weren’t able to match the Patriots’ skill, falling 82-59, but they showed promise throughout certain stretches of the night.

Adding another scoring threat to the Eagles offense, Gavin Balistere scored 10 points in his best outing of the season. Thomas and Bailey added 15 and 14 points, respectively.

Prepping for their last preseason test before league play, the Eagles will travel to California on Wednesday for the Orange Holiday Classic.