Despite a 2-5 record, the Boulder City High School football team has its sights set on a playoff berth.

The Eagles can still reach their preseason goal of making the playoffs for a second straight year with wins in the final two games.

“First, let’s get there,” junior quarterback Trenton Carmell said. “Then, anything can happen. Our focus this week is on beating Sunrise Mountain. We can’t get overconfident. We will worry about Chaparral next week. But we are aware that we can win both games and earn a playoff spot.

“And that was our goal at the start of the year: to make the playoffs. We don’t expect Chaparral or Sunrise to just give it to us. So, we have to play hard and earn the victories.”

The Eagles play their final home game Friday night against Sunrise Mountain. Tickets are $5 for adults and $3 for students. Kickoff is at 7 p.m.

It has been a tough stretch for the Eagles. After a 2-2 start, they began league play with three consecutive games against unbeaten teams, Desert Pines, Virgin Valley and Moapa Valley. Now, with two weeks remaining in the regular season, those three teams are 20-1 and will qualify as the top three teams in the league.

Chaparral defeated Sunrise Mountain 34-13 Oct. 11 to move into the fourth and final playoff spot from the league. Boulder City can catch the Cowboys and edge them for that playoff spot by a head-to-head win.

“We are going to win both games,” senior Sam Woodbury said. “As a senior, I am not ready for the season to end. Right now, making the playoffs is the main focus. All I know is that we are going to do everything and anything we can to make sure we win both games.

“We want to end senior night with a win against Sunrise Mountain, and then we have to win on the road in our final regular season game. But we have worked hard all season and lost some tough games. We know what we have to do.”

Eagles’ senior running back Xavier Steel had 104 rushing yards, including an 80-yard run.

“We will bounce back from our losses and make the playoffs,” junior wingback Brooks Roe said.

“We are confident. It is always nice to make the playoffs, and we are focused on making it happen.”

“We are ready for the playoffs,” Syler said. “Our goal is to advance to state finals as a team and play in the team championship competition. It starts with the league tournament.”

The Lady Eagles play on the road tonight against Tech in a Sunrise League match before returning home Monday to play rival Moapa Valley. Currently, Boulder City (13-9, 6-0) is in first place, one game ahead of Moapa Valley (14-13, 6-1).

“As always, it should be a great match up with Moapa Valley,” coach Cherise Hinman said. “We are currently the league leader, but that can change if we are not careful. We have made several lineup adjustments leading up to this point.

“We now have a good flow going on the floor and the girls have been playing together enough to know each other’s tendencies, which helps with movement. The confidence is up as we head into the second half of league play.”

Boulder City played two matches at home Monday and Tuesday. They were scheduled to play Pahrump Valley on Monday and a league game against Desert Pines on Tuesday.

MOST READ
1
Home in mine goes bust

3
Lake’s tide turns: Water at highest level since 2014, not enough to end drought

5
McManus’ first State of City praised as he speaks about town’s origins, future

Eagles back atop league
By Robert Vendettoli Boulder City Review

Playing one of their most complete games of the season, Boulder City High School boys basketball team defeated rival Virgin Valley 61-48 on Jan. 16.

Boulder City High School’s flag football team remains one of the top programs in the 3A classification, even after splitting a pair of games recently.

Putting their skills to the test against top competition, Boulder City High School’s wrestling team went unbeaten at the 4A laden Desert Oasis Duals on Jan. 18. 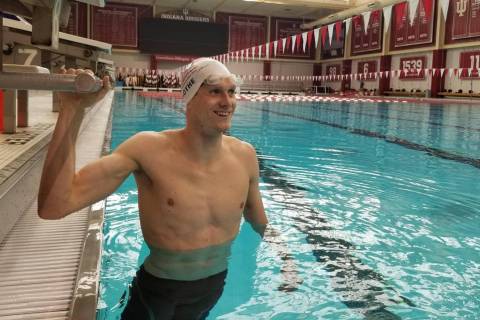 Bryce Canyon National Park is an extraordinary place any time of year, but in winter it’s even more magnificent, yet more affordable.

Seven Boulder City High School athletes made the All-Southern Nevada, representing the top athletes regardless of classification and showcasing their excellence in their respective sports.

Boulder City High School boys basketball team routed 4A Foothill 69-53 on Monday, Jan. 6, making a statement to the rest of the 3A classification.