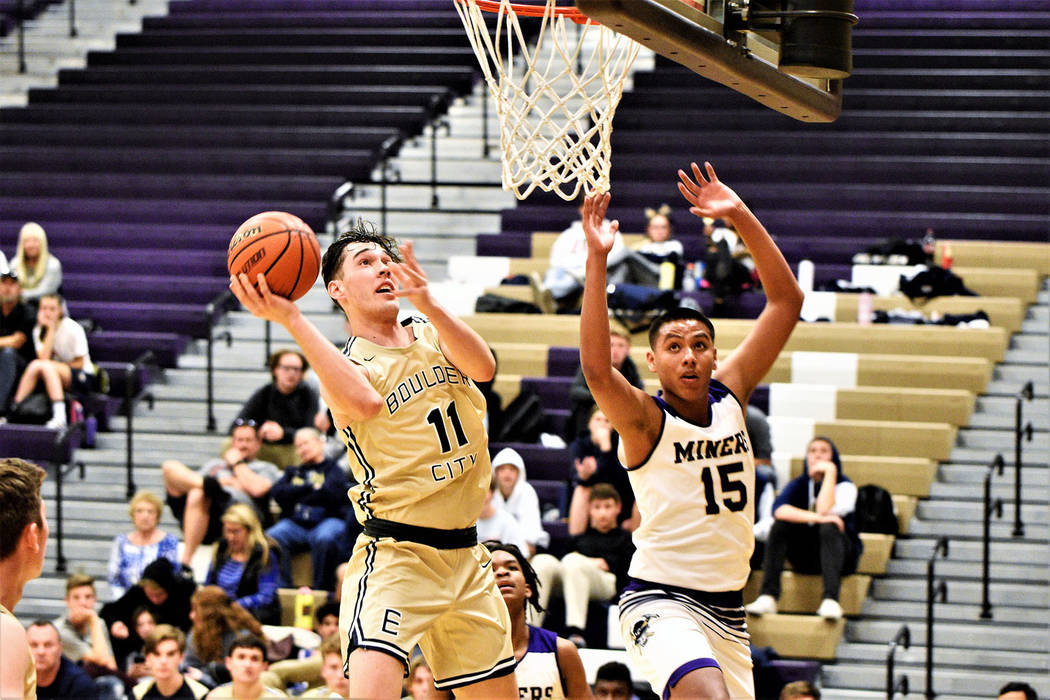 “The team played really well this week,” head coach John Balistere said. “We played a really solid SLAM team and came away with a win. Everyone is working hard and things are starting to click for us.”

Picking up a huge victory over Sunrise Mountain, which came into ball game with only one loss this season, the Eagles used a 34-21 second-half run to rout the Miners.

“I thought we had a five-minute stretch in the second half where we looked really good,” Balistere said. “We definitely need to build off that. This was a great road win for us.”

Leading the charge was junior Ethan Speaker, who scored a game-high 30 points with 21 rebounds, routinely fighting through double teams to lead the Eagles to victory.

Currently in a first-place tie with Chaparral, tonight’s home game against the Cowboys is a must-win for the Eagles.

“This game is huge for us,” John Balistere said. “The first time around, I don’t think we played very well. We made a lot of mental mistakes. I’m confident that they’ll see a different group this time; we’ll be more prepared. We know we control our own destiny right now in the league standings, so hopefully we’re able to put together four good quarters.”