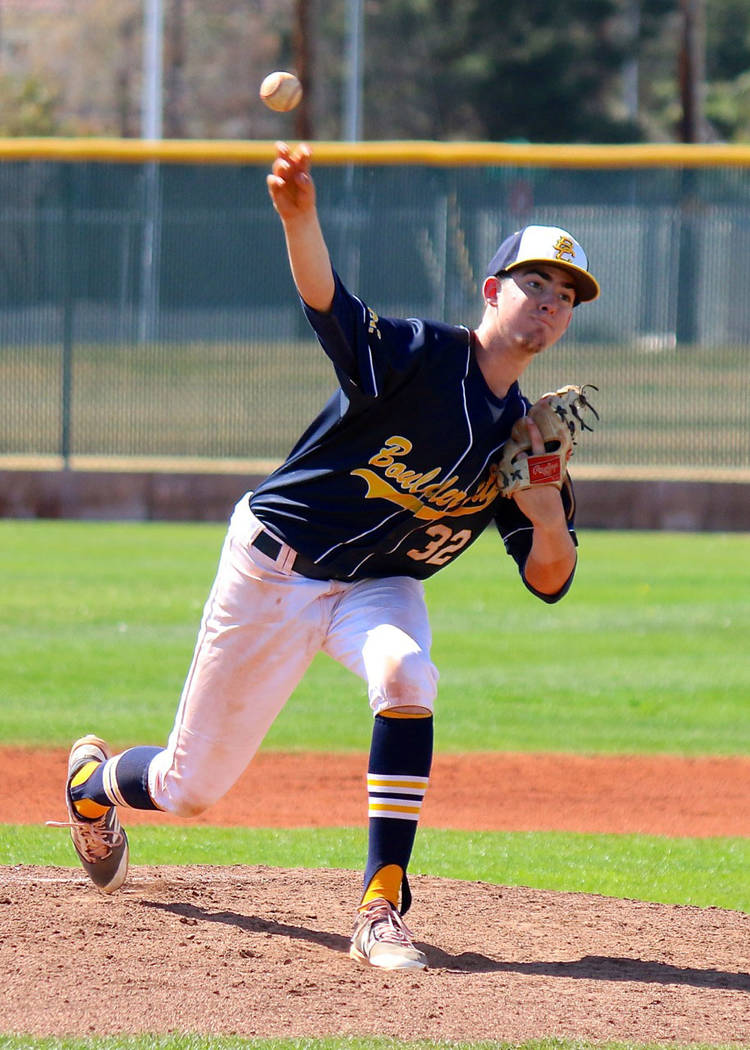 The offense of Boulder City High School’s baseball program finally came alive Tuesday against Cheyenne, routing the Desert Shield 16-2 for its first victory of the season after an 0-4 start at the 4A Bengal Varsity Tournament on Thursday through Saturday.

Provided with an all-around effort on Tuesday, the Eagles amassed 11 hits against Cheyenne, after collecting only 14 hits throughout their first four games, including a no-hit effort against Spring Valley.

“It was nice to finally see the offense break out like we know they can,” head coach Bobby Reese said. “The guys really stepped up to the challenge Tuesday after a grueling weekend schedule. I’m really proud of the way they responded in our first classification game after playing 4A teams all weekend.”

“I really liked what we saw from that combination,” Reese said. “They’re going to be a tandem that pairs up quite a bit. I thought we got quality innings out of Rhett, and Teddy is just tough to hit as our only lefty. We showed signs of improvement today; we just got to keep working.”

In the Bengal Varsity Tournament, the Eagles fell to Spring Valley 6-0, Faith Lutheran 8-1 and Bonanza 10-0. In a separate game, the Eagles nearly knocked off host Bonanza 8-9.

The Eagles will look to continue their winning trend Friday on the road against 4A program Durango, followed by a 3A road game at Mojave on Monday.

Competing in freshman play only this season as the Eagles try to build their program from the ground up, head coach Joshua Fisher couldn’t hold back his excitement after starting the program off in the right direction with a 21-25, 25-18, 15-10 victory.

“I thought the boys did great,” Fisher said. “The three months of hard work and commitment has paid off, as they played with a purpose and showed they understood what coach Rachelle Huxford and I have been teaching them. When they calmed down and got the jitters out, they played well as a team. These guys are hooked and will hopefully come to love this game. We are extremely proud of how far they have come.”

Coming from behind to pick up the victory over the 4A Diamondbacks, Boen Huxford and Preston Jorgensen led the way with six and four kills, respectively.

Looking to continue the program in the right direction, the Eagles will host Del Sol on Friday, followed by a freshman tournament on Saturday at Las Vegas High School.

Friday, vs. Durango, 3:30 p.m. away varsity, at home junior varsity

Monday, vs. Mohave, 4 p.m. away varsity, at home junior varsity