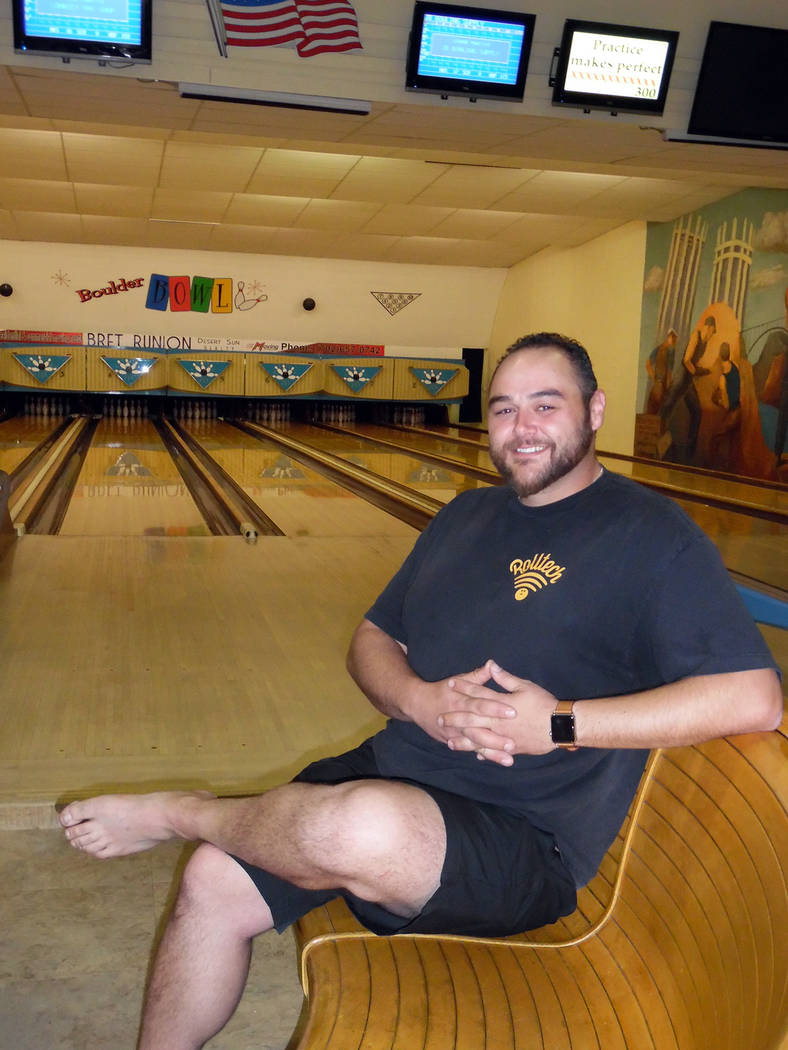 For Sean Desrochers, bowling a 300 game is not much of a novelty, having already bowled 29 of them.

But his latest, a few weeks ago at Boulder Bowl, means the most.

“It feels good to get it here because this is such a hard house,” he said of his first sanctioned perfect game.

Looking at the leaderboard, Desrochers said none of the alley’s top four bowlers has more than a 210 average while they average 230 everywhere else.

He explained the age of the alley, laminate on the lanes, low and flat gutters and kickbacks that were originally created for pin boys and not mechanical pin-setting machines, make it such a tough place to score high games.

Desrochers also said the lane conditions are in a constant state of flux because the oil put on them changes each time a ball is rolled toward the pins.

“Unlike golf, where you can see the hazards and know how to adapt and adjust your game, in bowling, once oiled, the lanes change as you play. There are invisible hazards and you have to adapt constantly.”

His goal now is to bowl a sanctioned 800 series, which he said is harder to achieve than a 300 game.

One of the things he likes best about the sport it that it allows him to push himself, always striving for perfection.

“I enjoy sports best when you yourself are your own competition,” he said.

Desrochers started bowling when he was 15, introduced to the sport by family.

“I always think back to my grandparents who got me started when honor scores come up,” he said.

Now a professional bowler, he also works for a company that presents virtual tournaments across the nation every night of the week.

“It’s my dream job,” he said. “I think about bowling all day and mesh it with tech.”

Desrochers bowled for one year at San Jose State University in California, and owned and operated a bowling shop for three years in Grass Valley, California. Then he returned to school in the San Francisco Bay area to pursue an education in technology.

A resident of Las Vegas, he is part of the Thursday night Men’s Commercial league and has been bowling in Boulder City regularly for the past three years.