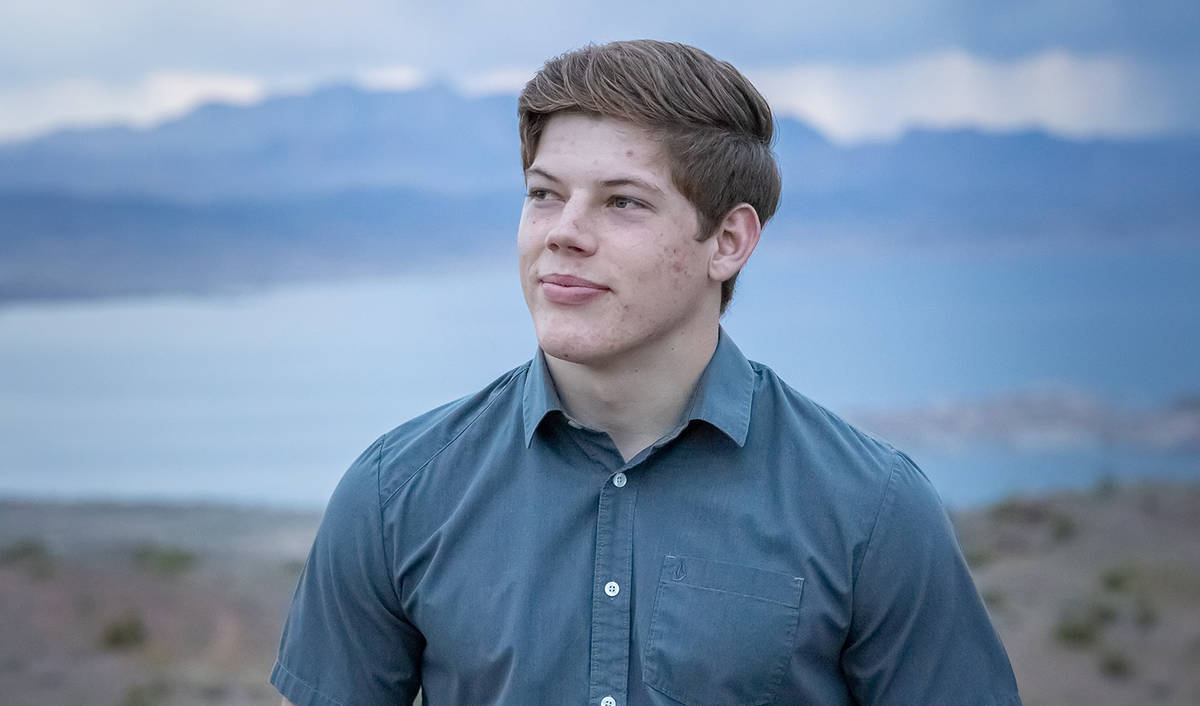 (Cade Cowley) Cade Cowley, a member of Boulder City High School’s class of 2020, will attend the New Mexico Military Institute in Roswell with the hopes of enrolling at the U.S. Merchant Marine Academy the next year.

Showing patriotism toward his country, Boulder City class of 2020 graduate Cade Cowley has set his sights on attending the U.S. Merchant Marine Academy after high school.

“Becoming an officer for the Merchant Marines would give me a great deal of pride and a sense of excellence to be contributing to something greater, such as my country,” Cowley said.

First, he will attend New Mexico Military Institute in Roswell for one year of prep school before joining the academy in Kings Point, New York.

“I chose New Mexico Military Institute because I felt that it was the most secure option for me to achieve my dream of attending the academy,” Cowley said. “This was opposed to reapplying and possibly ending up with the same situation I’m in currently next year.”

A lengthy process to be accepted into the academy, an applicant must obtain a congressional nomination, along with having a strong GPA and high SAT/ACT scores.

A step ahead of the game, Cowley was nominated by Nevada Senators Catherine Cortez Masto and Jacky Rosen.

Planning to major in marine engineering at the academy, Cowley will learn about the function of warship engines and their supporting systems.

While at the academy, Cowley will serve as a cadet on U.S. merchant ships during his sophomore and junior academic years along with fellow midshipmen (students). During this two-year period, engineering cadets are assigned to a ship with a deck cadet, where the pair will operate as part of the crew, gaining hands-on experience. Throughout this tenure, both midshipmen will get the opportunity to travel abroad to foreign ports, visiting 18 countries during the 300-day training period.

As a senior, Cowley will prepare for U.S. Coast Guard exams for a mandatory license as third assistant engineer, where he’ll be part of the engine department on a merchant vessel, with responsibilities of controlling the main propulsion and water systems.

Excited for the opportunity, Cowley said this journey has become a passion of his since he was a sophomore in high school.

Also hoping to use his athletic pedigree at the collegiate level, Cowley said he plans to try out for the wrestling team at the Merchant Marine Academy, which competes at the NCAA Division III level as a member of the Centennial Conference.

Cowley finished in fourth place at the 3A state tournament in February.

Cowley will leave for the New Mexico Military Institute on July 29.

“The academy will be lucky to have Cade,” wrestling coach Jim Cox said. “He works hard and is of the highest character.”