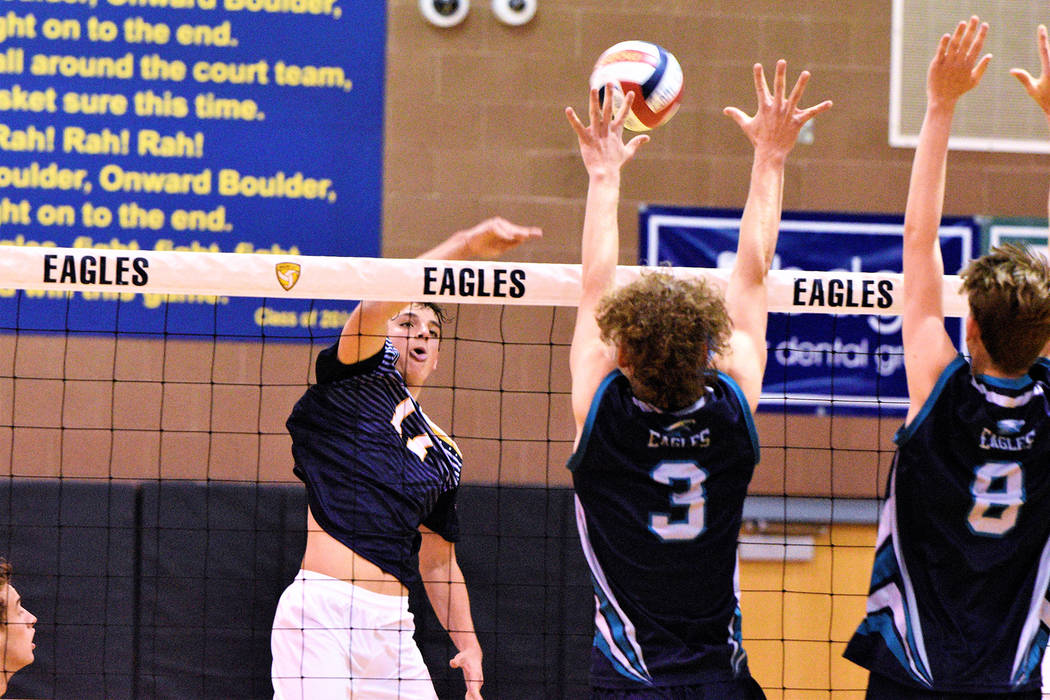 “It was a fantastic week for the boys,” head coach Rachelle Huxford said. “I feel like we’ve made a statement to other teams that we’re here and we’re going to be competitive. You can really see right now how confident they are in themselves as a team.”

Losing to the Rattlers and Dragons earlier in the season, the Eagles have now won 11 consecutive games, defeating all three 3A opponents (Somerset Academy Sky Pointe on April 8) they previously lost to.

“I’m honestly really proud of them as a group,” Huxford said. “This was a really tough week for us, to play and beat all three of those teams. We’ve had a some really good matches and it’s great to see the momentum continue against some of these really good teams.”

Bailey led the way with 30 kills and Jorgensen generated 15 offensively.

Boen Huxford dished out 28 assists and Kenny Rose supplied 26. Kannon Rose made 16 digs defensively for the current third-place Eagles, which are riding into the final stretch of their season full of momentum.

“It felt really good to come back and beat all the teams in the league we lost to earlier in the season,” Bailey said. “It’s a huge confidence booster for the rest of the year knowing that we can beat the best teams in our league. Our chemistry has really improved and if we continue to play like this, we will be a really tough team to beat.”

The Eagles will host Sunrise Mountain on Tuesday, April 23.