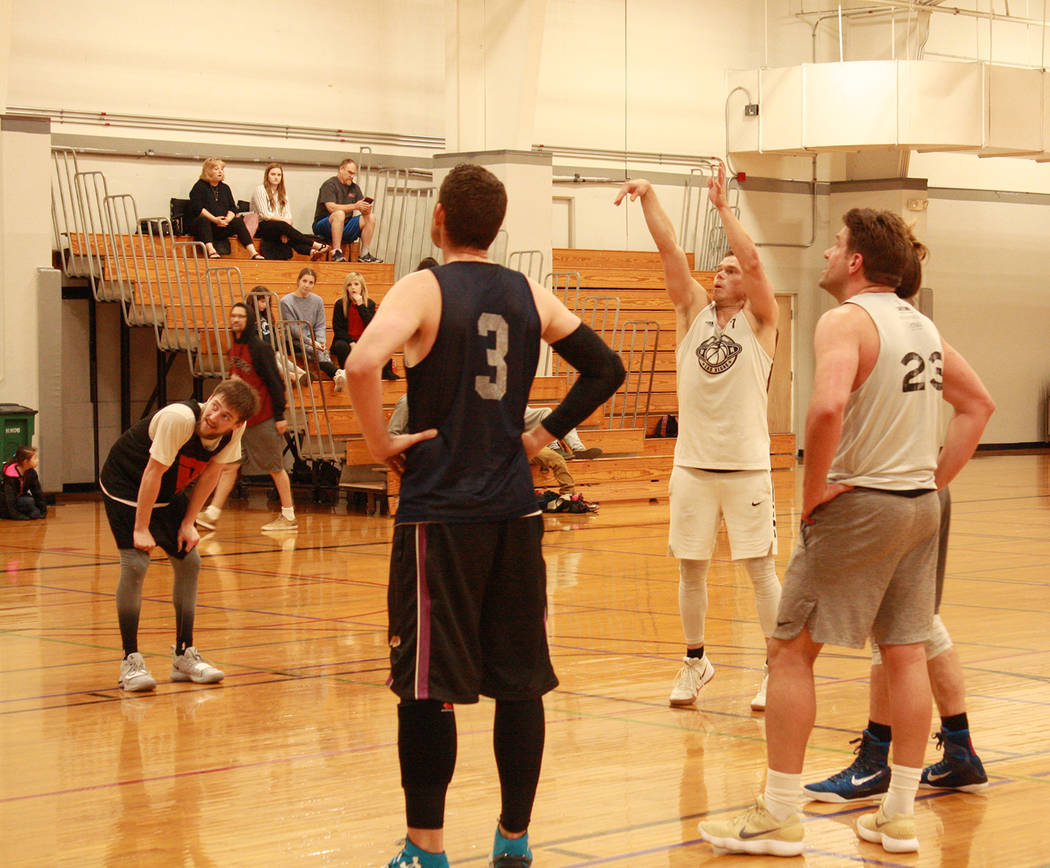 Slow and Steady wins the race

Kelly Lehr, sports coordinator for the department, said the season concluded with three close games in the double-elimination tournament.

The third-seeded team, Wasted Talent, defeated Flight S2S 69-54 with the help of outside scoring from Matt Rapp (26 points). They advanced from the losers’ bracket and had a chance at Slow and Steady in the championship game.

Spectacular shooting again from Rapp (33 points) and strong rebounding from Jason Abbott clinched the win 62-55. This sent the championship game into an “if” game because Slow and Steady had only one loss, Lehr said.

Slow and Steady came out strong in the last game with a 12-point lead eight minutes in. By halftime, that lead was down to four points.

In the second half, Slow and Steady and Wasted Talent matched point for point, with the finale coming down to free throws. DeVonte White (33 points) went 13 for 18 from the line, allowing Slow and Steady to regain its championship title from 2017, Lehr said.

Women’s volleyball and adult coed and men’s softball leagues are gearing up for the spring season.