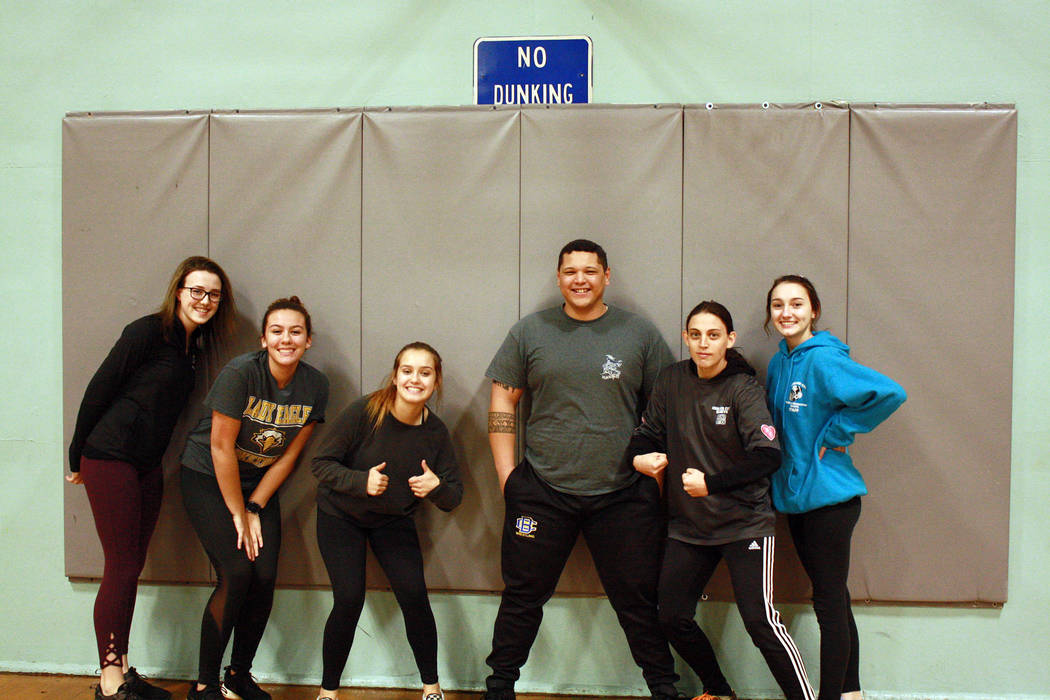 The tournament was held Saturday, Dec. 15, and 45 people participated.

“This event was so much fun, with a little holiday flair attached to it,” said Kelly Lehr, parks and recreation sports coordinator. “Anytime you can get a group of people together participating in games and physical fun, I consider it a success. We had a team with Santa hats and a team with ugly sweaters. We had people of all ages: high school participants, parents and college kids participating. Most of my staff jumped in to join the fun. We hope to keep this great tradition alive.”

Five teams competed against one other in a round robin three-minute game. The five teams were Bryce Bros, the Average Joes, the Jingle Ballers, the Nut Crackers and Frosty the Dodgeman. After the first round of games, they all played in a double-elimination tournament.