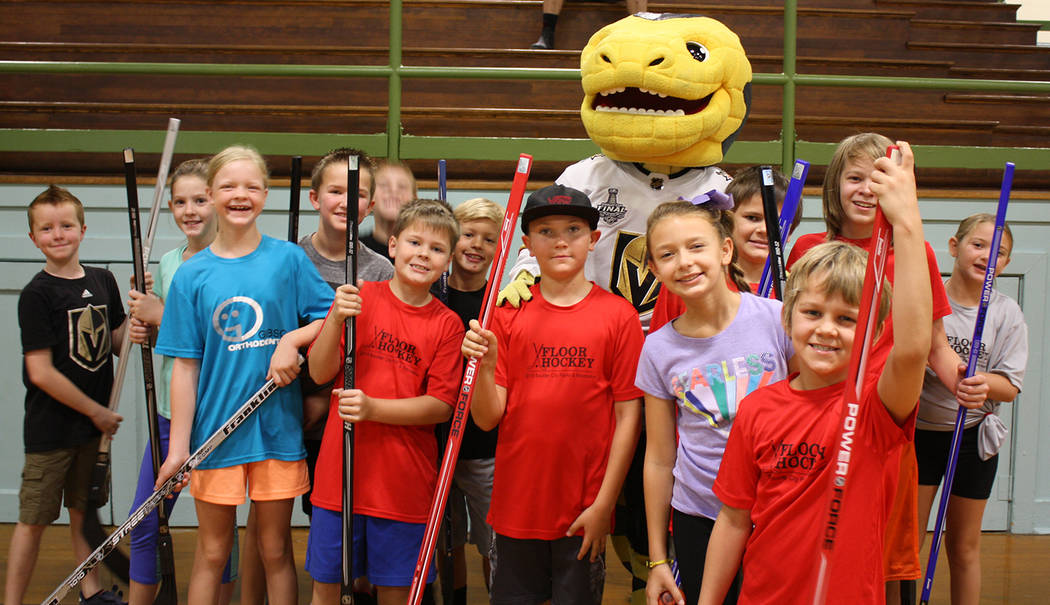 Kelly Lehr, Chance, the Golden Knights Hockey team mascot, came out to play with local children at a free clinic to last season’s floor hockey participants on July 31. The Knights organization donated hockey sticks and a ball to every child.

On July 30, The B.C. Kids men’s basketball team came up from the loser’s bracket to defeat the No. 1 seed, Woodbury Law, in the Boulder City Parks and Recreation Department’s summer league. Ryan McQuillan shot the game-winning 3-pointer with two seconds to go to clinch the 50-47 win.

B.C. Kids had to win three games in a row to claim the title. They beat Boulder Dam Credit Union 65-56 in the first game. They easily maneuvered past Woodbury Law in the championship game, giving Woodbury Law its first loss of the tournament, said Kelly Lehr, sports coordinator. The two teams had to meet again, with both teams having one loss.

The next men’s basketball league is scheduled to begin Jan. 3. Games will be played Tuesdays and Thursdays through the beginning of March.

Additionally, Chance, the Knights’ mascot, played with the children, while the team’s youth staff provided instruction for an hour and a half, Lehr said.

The parks and recreation department is gearing up for youth soccer season; games will begin in mid-September. Registration is being accepted.