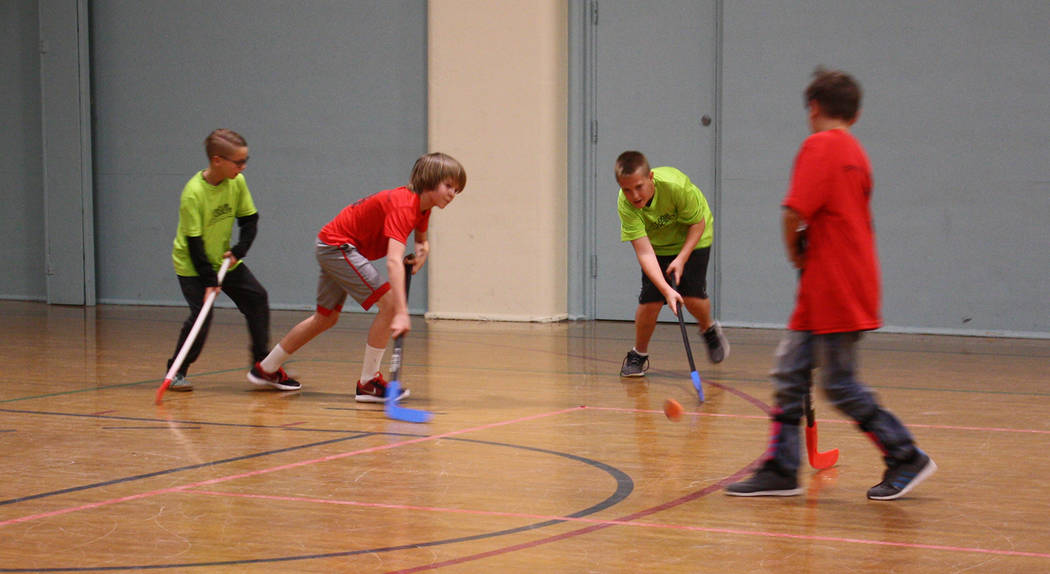 The Green Machine, the Avengers, the Plundering Puckaneers, the Sharks and the Knights (of course) all proved to be talented and competitive, said Kelly Lehr, sports coordinator. The Vegas Golden Knights were an inspiration, and staff members look forward to more floor hockey next year.

Baseball, softball for children to kick off May 10

T-ball and coach-pitch games will be played Tuesdays and Thursdays on the grass at Veterans Memorial Park’s Pratte Field, while the older players will play Mondays and Wednesdays at Hemenway ball fields. Games begin at 6 p.m. and will be played through early June.

Synergy is leading the parks and recreation department’s women’s volleyball league as play begins to wind down. There are two more Mondays of league play before the double-elimination tournament begins May 7.

Synergy is undefeated with an 8-0 record, followed closely by Volleygirls (7-1) and Heavy Hitters (7-3).

Games are played at 6:30 p.m. in the new gymnasium at the recreation center, 900 Arizona St.

Teams face off Sunday evenings at Hemenway ball fields through July. Games begin at 6 p.m. and are played until 10 p.m.