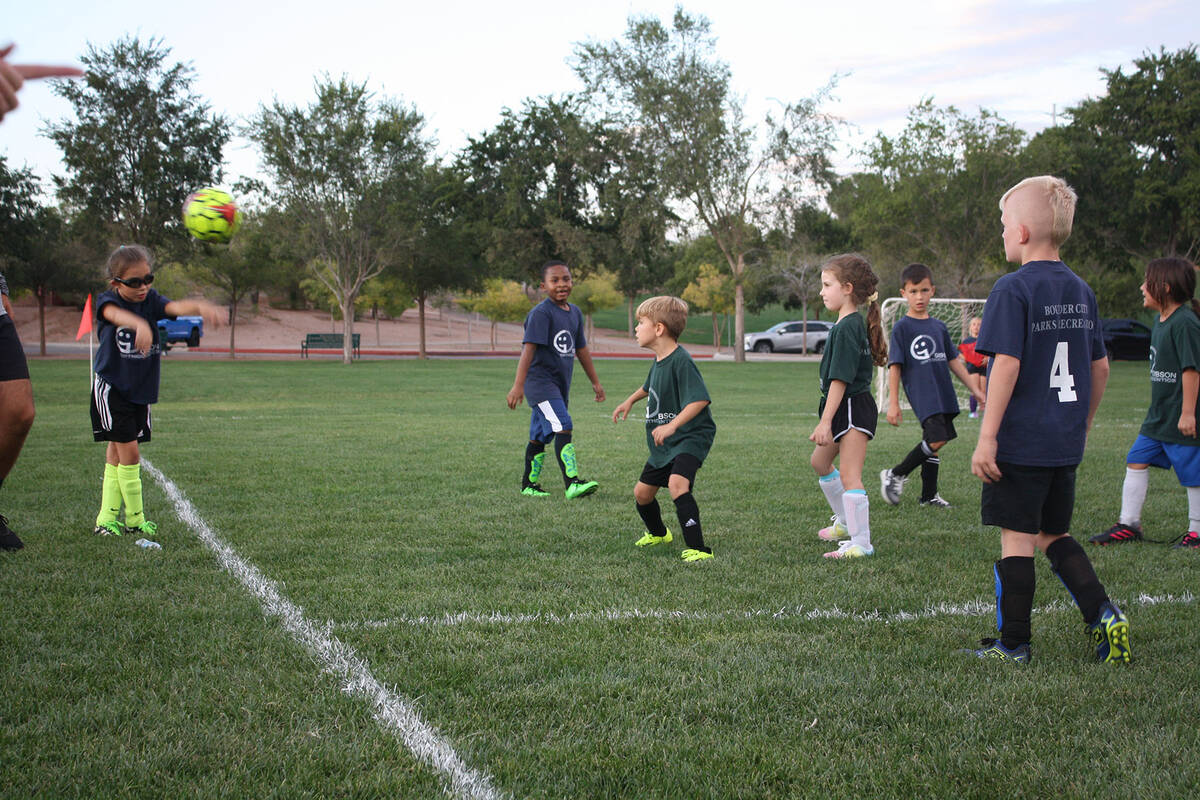 Sports are back in action throughout Boulder City. Youth coed soccer ended this week just in time for coed flag football and coed volleyball to begin. SDGE/Sempra utilities have sponsored the third- through eighth-grade football league, which will run Monday and Wednesday nights October through early December at Veterans’ Memorial Park’s Pratte Fields.

Youth coed volleyball will have games Tuesday and Thursday nights through November in the Parks and Recreation Department’s new gymnasium.

Adult coed softball teams continue to battle on the ball fields at Hemenway Valley Park on Sunday evenings. Currently, Golden Tours is in the lead in the standings (5-3) followed by Boulder Dam Credit Union (3-2) and Totally Canned (3-3) with Fox Smokehouse BBQ (2-3) and Tony’s Pizza (2-4) following close behind. The league begins its second round of games this weekend, and they will compete in a double-elimination tournament Dec. 4 and 12 to wrap up the season, according to Kelly Lehr, sports coordinator for the recreation department.

Women’s adult volleyball plays their final games of league play starting at 6:30 p.m. Oct. 17 in the new gymnasium at the Parks and Recreation Center. The women will compete in a double-elimination tournament beginning Oct. 24, finalizing play Nov. 14 after voting concludes.

Men’s basketball will host a winter league beginning in early January. The men’s basketball meeting will be held at 5 p.m. Dec. 15 to organize teams and league play. Interested teams should contact the Parks and Recreation Department at 702-293-9256 to receive information on how to attend.