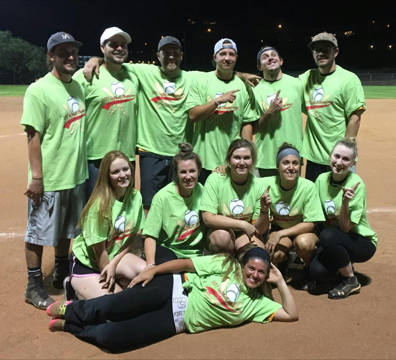 Emilio Gomez and Tyler Bletch reached into foul territory for big defensive plays during the game, and Allison Whittle and Danny Bell sparked the outfield with great catches to clinch the win, Lehr said.

“Sponsor Todd Cook of Boulder Dam Brewery should be proud, as they went undefeated in the tournament and won the championship game on Sunday 15-13 against T.Q. Pallets,” she added.

The men’s softball tournament will resume at 7 tonight with The Credit Union playing Duetto in the semifinal game for a chance at the championship game versus Pit Stop.

The softball leagues break for the summer months and will begin a new season in September.