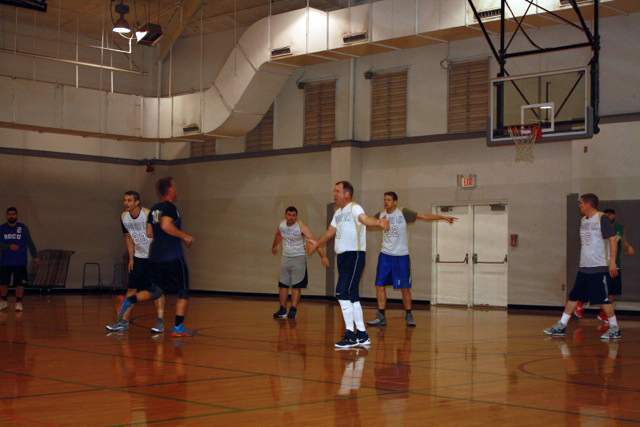 Courtesy photo Members of the No. 1 seeded Woodbury Law team, which competes in the Boulder City Parks and Recreation Department's men's basketball league, defend their basket, narrowly defeating Boulder Dam Credit Union 45-41 on Feb. 9, landing them a spot in the semifinals.

Woodbury Law narrowly escaped with a 45-41 victory to put them in the semifinals next week.

Third-seeded B.C. Kids, led by leading scorer Mike Hernandez, defeated Boulder City Family Mortuary in the first round of the playoffs. They will meet No. 2 seed Slow and Steady to decide who will meet Woodbury Law in the semifinals.

The tournament resumes today at 7 p.m. at the Boulder City Parks and Recreation gymnasium, 900 Arizona St. The tournament finals are scheduled for 8 p.m. Feb. 23.