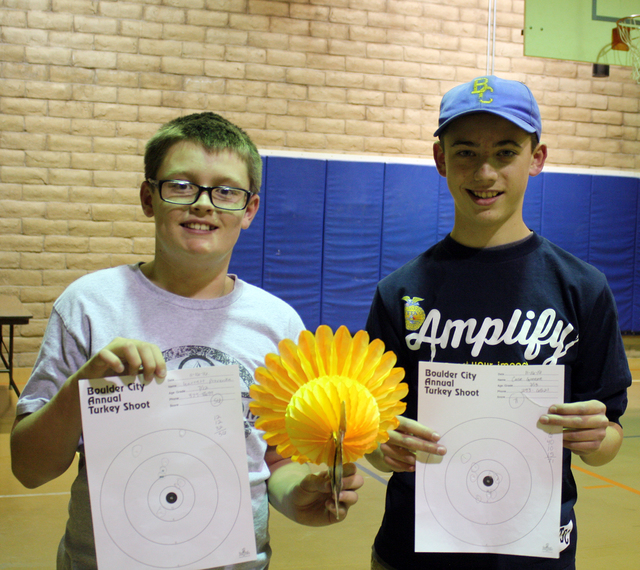 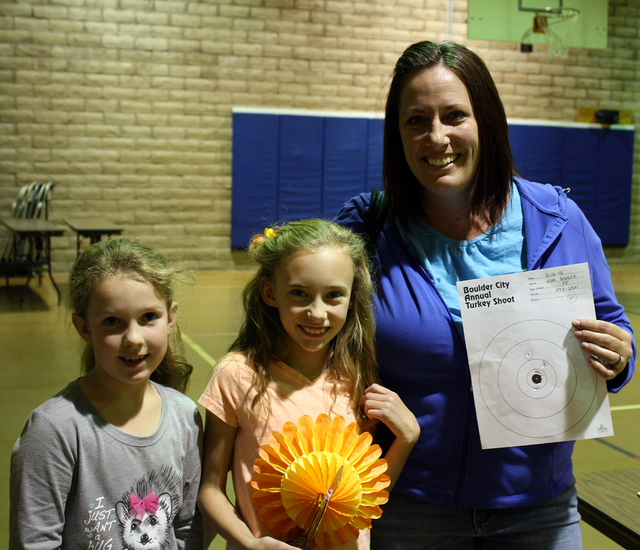 Boulder City Parks and Recreation Department held its annual Turkey Shoot on Nov. 15 and 16 at ABC Park. People of all ages tried to get the best score on target using the air rifles.

Boulder Dam Credit Union sponsored the event, and awarded each of the winners a $20 cash prize.

The city parks and recreation department’s men’s fall softball league ended in an exciting final game where Duetto faced No Glove No Love from Henderson.

The league’s fourth-place Duetto began the tournament knocking the first place Pit Stop into the loser’s bracket. Duetto then beat The Credit Union to advance to the finals.

No Glove No Love, which was defeated by The Credit Union in the second round, came up through the loser’s bracket to defeat Duetto in the double-elimination tournament. Because it was Duetto’s first loss of the event, the teams met again for a final showing, where No Glove No Love narrowly beat Duetto in the sixth inning 20-19, sports coordinator Kelly Lehr said.

The men’s league will resume in late March after adult kickball and men’s basketball have concluded their seasons.

The softball league welcomes new teams every year, Lehr said. For more information or to learn about joining the league, call Lehr at the Boulder City Parks and Recreation Department at 702-293-9254.