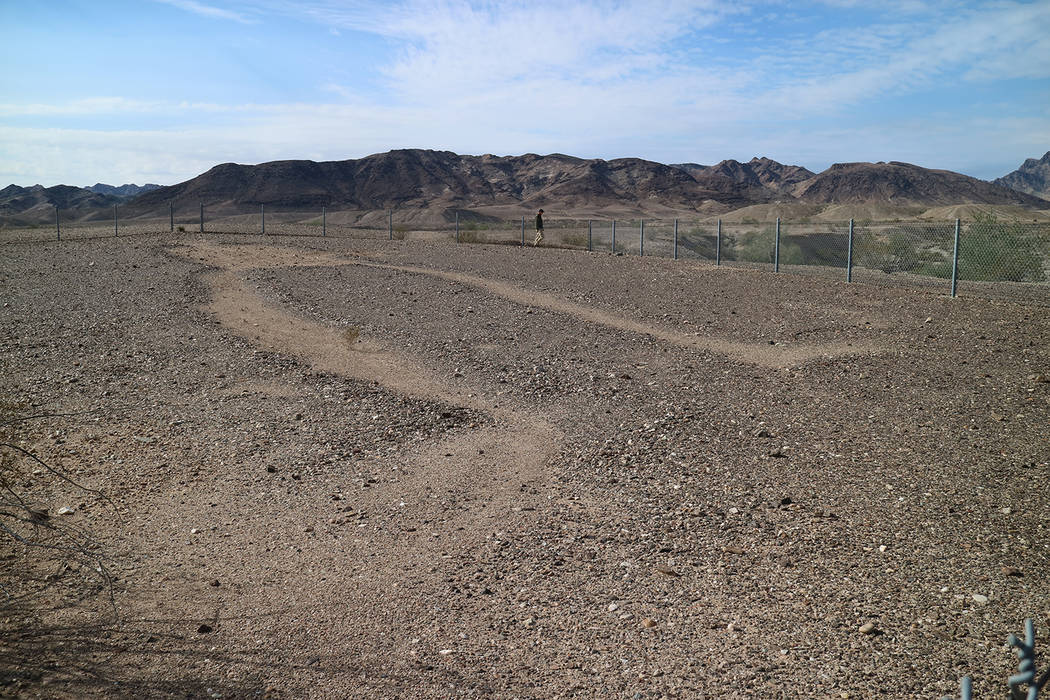 Deborah Wall This intaglio of a human figure is one of the best preserved at the Blythe Intaglio site in California and measures 105.6 feet from head to toe.

Located near the lower Colorado River in eastern California, the Blythe Intaglios are giant designs, man-made long ago by engraving, tamping or scraping away the desert pavement, thus exposing the lighter gravel or soils beneath.

There are approximately 600 intaglios in our country, but these are some of the most impressive because of their size. The largest anthropomorph — a figure representing a human form — is 171 feet from head to toe. Two others measure 102 and 105.6 feet. Besides these, there are zoomorphs, or figures shaped like animals; one appears to represent a rattlesnake, another a cougar or perhaps a horse. Still another seems to represent a spiral.

Geoglyphs similar to these are found in Peru, Chili, England and Australia, but in the United States occur only in the Southwest.

Even experts do not agree on when the intaglios were made, and their opinions range from 450 to 2,000 years ago. Native Americans consider them sacred, though their meaning is unknown. Many assume they are religious figures for they are arranged to be most visible to a being living in the sky.

The six figures lie in three locations, about 1,000 feet from each other, atop two mesas. While the best way to see the intaglios is from an airplane or helicopter, most of us don’t have access to such luxury so viewing from the ground will have to do. Of course, from the ground one can’t see in the best perspective, but with the help of interpretive signs, which have good aerial photos mounted on them, you can figure out what you’re seeing.

The site is within the Big Marias Area of Critical Environmental Concern, designated in 1987 to protect cultural and natural resources — not only the intaglios, but also rock art, rare cacti and animals.

The very size of these designs makes them especially vulnerable to damage from off-highway vehicles, and the ones here were significantly degraded in that way before they were finally fenced in 1974. However, there are believed to be unprotected intaglios still lying about the Southwest, and the signs warn adventurers to refrain from driving or walking on anything that looks as if it even might be a man-made design. It’s even a bad idea to attempt repairing one.

The Blythe area is dry with very hot summers, so it is noted for water sports on the Colorado River during the summer and early fall. Late fall and winter temperatures are pleasant. Fishermen will have a chance to take many species, from striped bass to bluegill to catfish that have been known to exceed 40 pounds. Fishing information is available from the Blythe Chamber of Commerce website, www.blythechamberofcommerce.com.

For more information on the Blythe Intaglios contact the Bureau of Land Management’s Yuma Field Office in Yuma, Arizona, 928-317-3200, www.blm.gov.