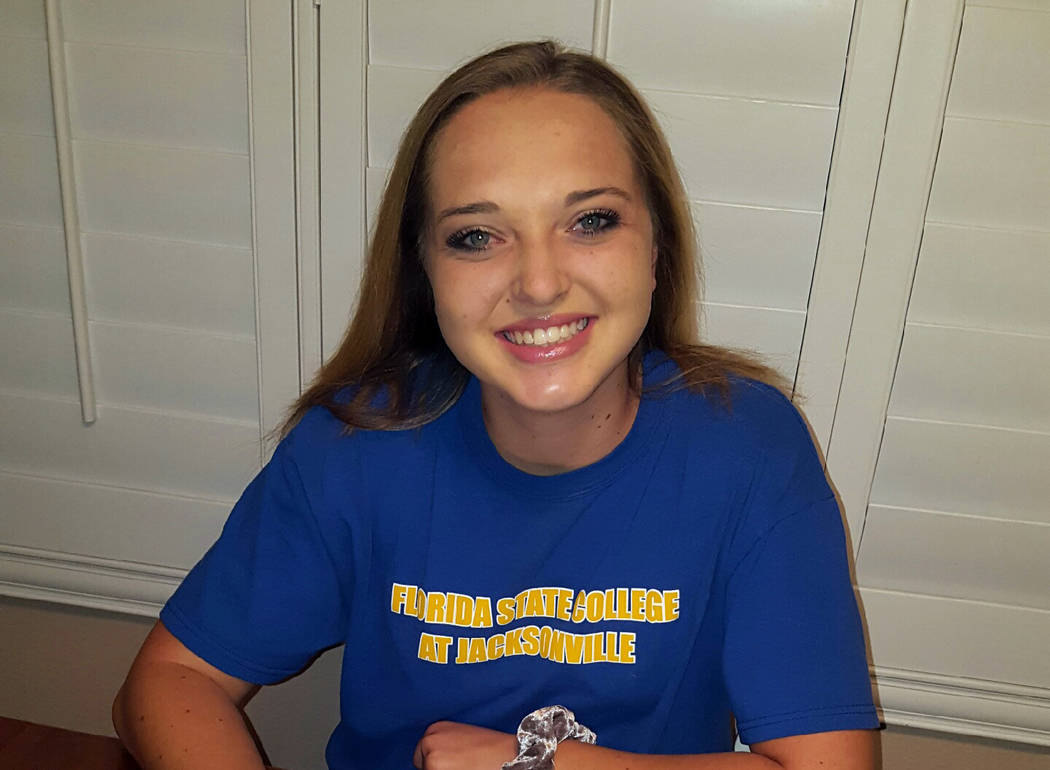 File Bailey Bennett-Jordan was the lone Lady Eagle to be named to the 3A All-Southern Region first time for her performance on Boulder City High School's softball team.

“It’s an honor to be recognized by opposing coaches,” Bennett-Jordan said. “I’ve put a lot of time in to get better over the years. It’s always nice when my efforts are rewarded.”

A two-way standout for the Lady Eagles, Bennett-Jordan helped guide Boulder City back to the 3A state tournament this season.

The team’s workhorse on the mound, Bennett-Jordan compiled a 15-4 record with a 1.82 earned run average and 139 strikeouts in 105 innings pitched.

At the plate, Bennett-Jordan batted .344 with 21 runs batted in, three home runs and three doubles.

“I’m really proud of Bailey,” head coach Angelica Moorhead said. “She works a lot on her own time to get better at her craft. She likes to be in the circle, and you have to keep working hard to continue to be better. She does that.

It’s nice to have someone who knows their role and be prepared to be that workhorse for us.”

Seniors Lily Osman and Jerra Hinson were named to the 3A All-Southern Region second team.

“Their bats were big for us this year,” Moorhead said. “The middle of our lineup was no joke.

They both were a big part of that. It’s great to know that other coaches respect their bats as well.”