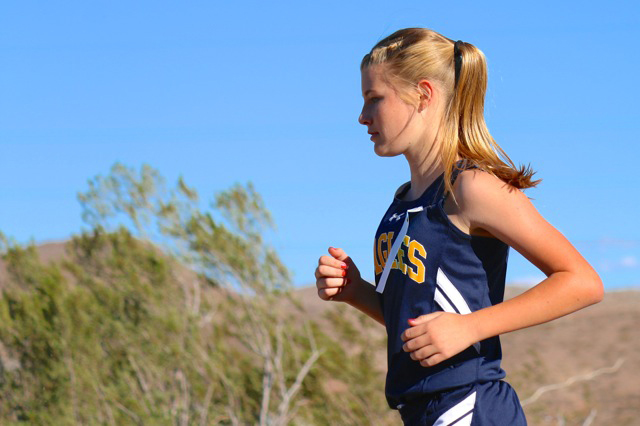 File photo Boulder City High School junior Sierra Selinger, seen running during a cross-country meet in September 2015, is expected to be a key contributor to the girls track team this season, which begins Friday, March 10, 2017, in Mesquite, Nevada, with the Bulldog Early Bird Invitational. 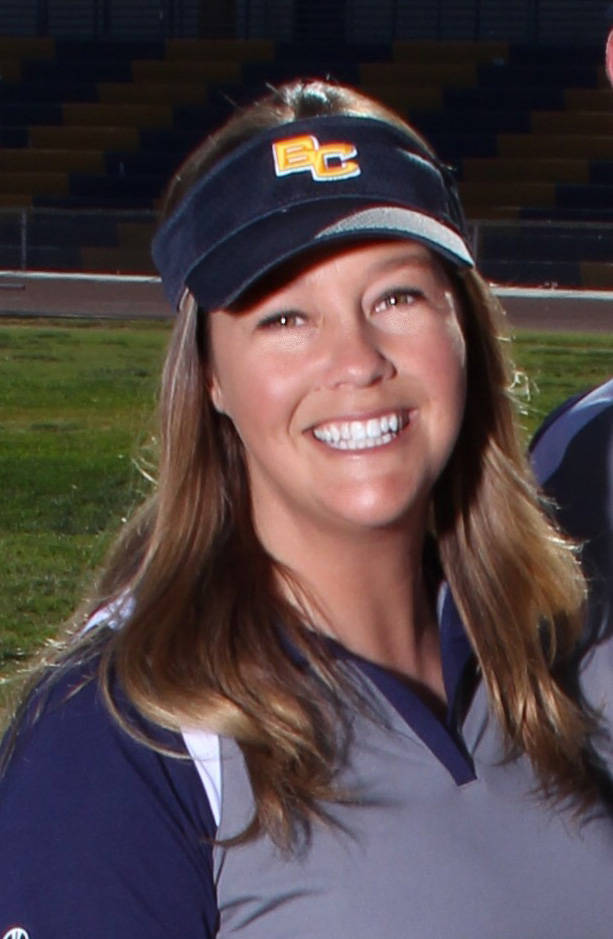 “We have quite a few talented kids and I’m really excited about the potential for the newer athletes as well,” Selinger said. “I plan on getting most, if not all, of the team qualified for regionals and getting as many athletes to state as possible.”

Looking to have immediate success, Campbell, who placed fifth at the 3A cross-country state championship, will look to qualify as a distance runner, while Trone will look to make an impact as a jumper.

“As a jump coach I’m really excited to have Zach back from Texas,” girls head coach Sara Fisher said. “We have a very competitive field in our division with some the best jumpers in any division. He looks to be right in the scope of being one of the best jumpers and sprinters in the state.”

Leading a less experienced Lady Eagles’ team will be senior Jordyn Trobiani, who placed eighth at state in the 400-meter dash with a time of 1:03.33 and senior Kenadee Bailey, who placed seventh in the triple jump at state with a leap of 33-1.

“We don’t have many returners this season, but we do have a lot of potential in our newcomers,” Bailey said. “With some hard work, I believe the team can come together and win some meets.”

Focusing on quality and not quantity, the Lady Eagles also return junior Sierra Selinger, who will look to compete for a state championship after qualifying last year but was unable to compete because of a broken foot. She’ll specialize in the 800- (16th place at regionals) 1600- (didn’t qualify) and 3200- (third place at regionals) meter runs.

Rounding out the team’s core, junior Maida Nelson should have a heavy impact on this season after finishing sixth in pole vaulting at regionals, while placing 15th in the long jump. Senior newcomers sisters Sara and Kate Stephenson should also be among the classifications top pole vaulters coach, Fisher said.

Hopeful to start the season off with a bang, both programs open their seasons Friday in the Bulldog Early Bird Invitational in Mesquite, Nevada.