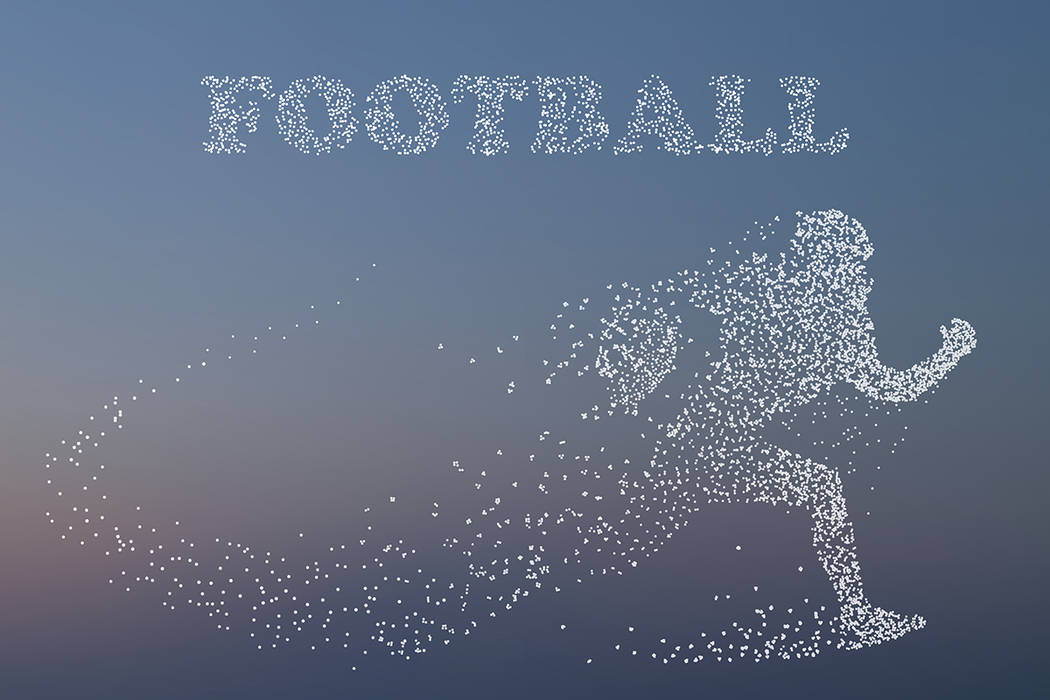 “The win against Rancho was really important for the whole team,” senior Thorsten Balmer said. “It has given us confidence moving forward into our last league game before playoffs.”

Coming off of two consecutive losses, the Eagles outing with the Rams could not have come at a better time for the program which will be making their first postseason appearance since 2014.

“Honestly, I thought the boys played great,” head coach Chris Morelli said. “It was nice for them to get a win and gain some confidence after our last two games didn’t go the way we would have liked. I thought we played good football against both Desert Oasis and Moapa Valley; things just didn’t fall our way. It was nice to see the boys be rewarded for their efforts this time around.”

The Eagles (5-3) opened with a 20-point first quarter, jumping all over the Rams from the start, before taking a 41-0 lead at halftime.

Balmer opened the scoring affair with touchdown runs of 4 and 13 yards before senior Gino Carroll returned a fumble 33 yards for a score to end the quarter.

“We played really well as a team,” Balmer said. “Everyone was doing their job. We’ve been working hard at perfecting our game on both sides of the ball and it showed with this win.”

Getting into the offensive showcase, junior quarterback Parker Reynolds added a 43-yard rushing score. Balmer scored on a 4-yard rush midway through the second quarter and a 54-yard score to close the third quarter.

Balmer rushed for a game-high 126 yards and four scores on 15 carries, while Reynolds rushed for 45 yards and a score on five carries.

“The great thing about this game was we were able to get everyone involved,” Morelli said. “A lot of our younger guys got to play and everyone contributed.”

The Eagles end their regular season Friday with a game at Sunrise Mountain; a home playoff berth is on the line.